Barely a few days back, Bajaj has officially launched the V15, the first motorcycle from the new family. V15 is a retro-modern design which, we believe, got inspiration from Bajaj’s Boxer Cafe Racer of CNR Expo Turkey.

Nonetheless, here are a few quick pointers of V15 that you should know..

More, when we get to test ride it in the open. Till then check out the following studio shots pic gallery… 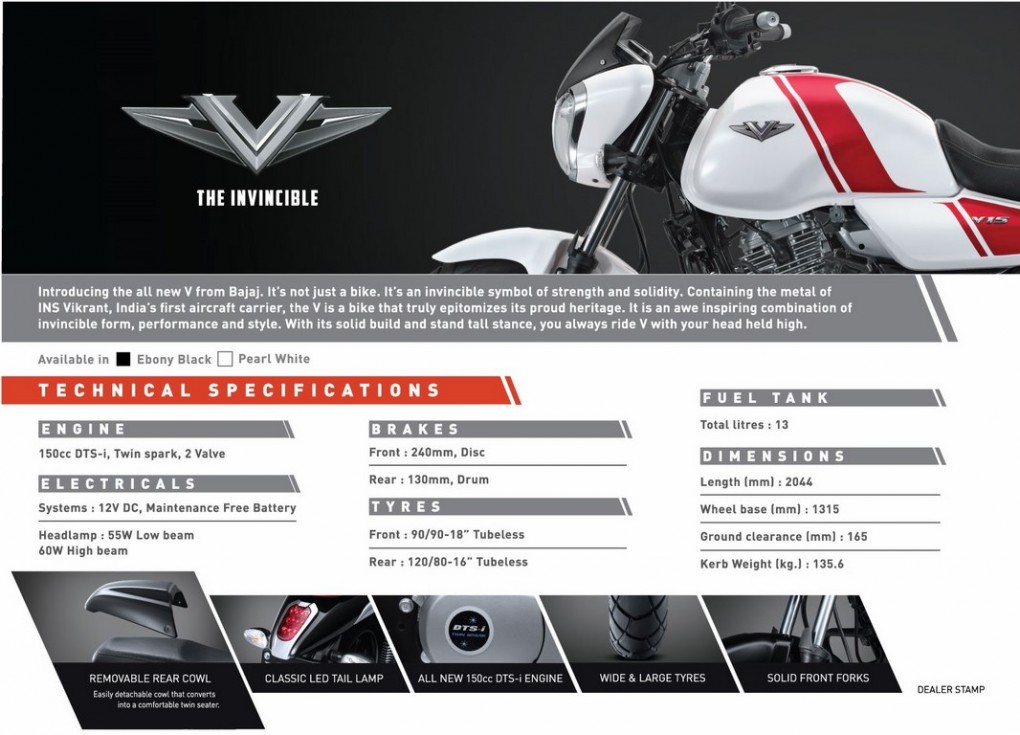