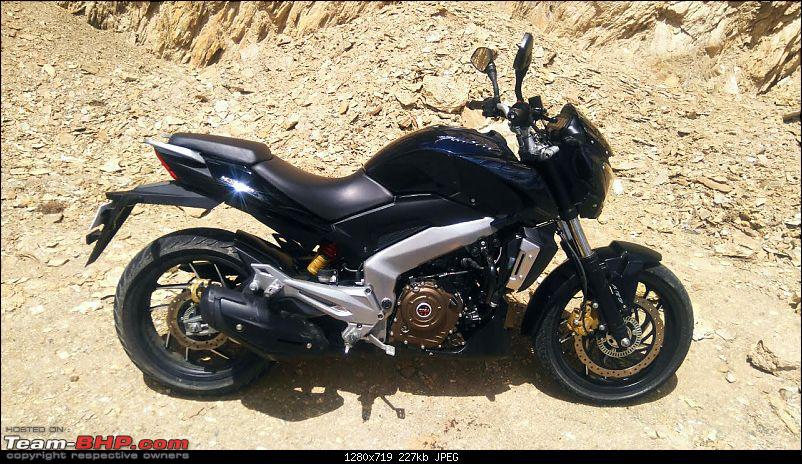 Update: More pictures of the Pulsar VS400 have cropped up on TeamBHP forums. Claimed to have been caught in Ladakh, where Bajaj was reportedly shooting the Television commercial (or some promo video) the motorcycle is roaming around absolutely uncamouflaged. The launch date is still not certain but we expect our mailboxes to be hit by an invite any day now! 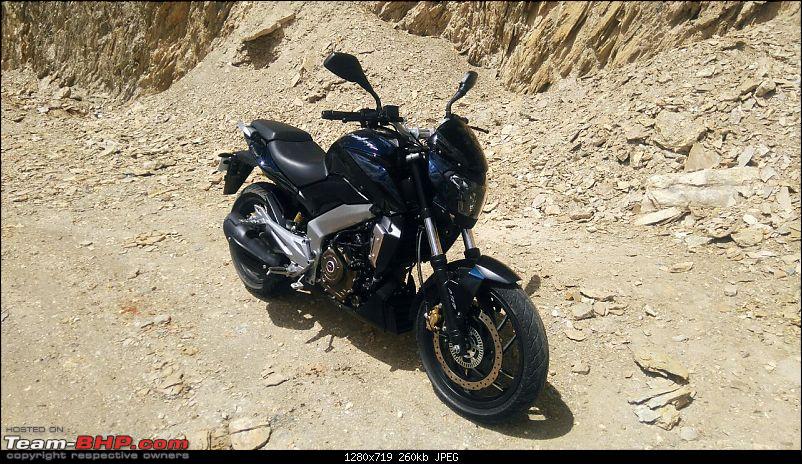 Original Article 24th Aug: With the Pulsar VS400 nearing its launch, it looks like the Pune based bike maker is busy working out its marketing strategy. I still remember the first time I saw the bike at the Delhi Auto Expo in 2014. The shiny new machine in red with Ducati Diavel inspired looks looked stunning. Man, how I wish I had the keys then! The company though recently shot the VS400’s television commercial in Ladakh (another memorable ad in the making…?)!

Binny Jacob, while on his way from Kargil to Leh, spotted the VS400 in the middle of the shoot and posted these pics on Facebook. He claims that the motorcycle will be called as Vantage Sports (?) 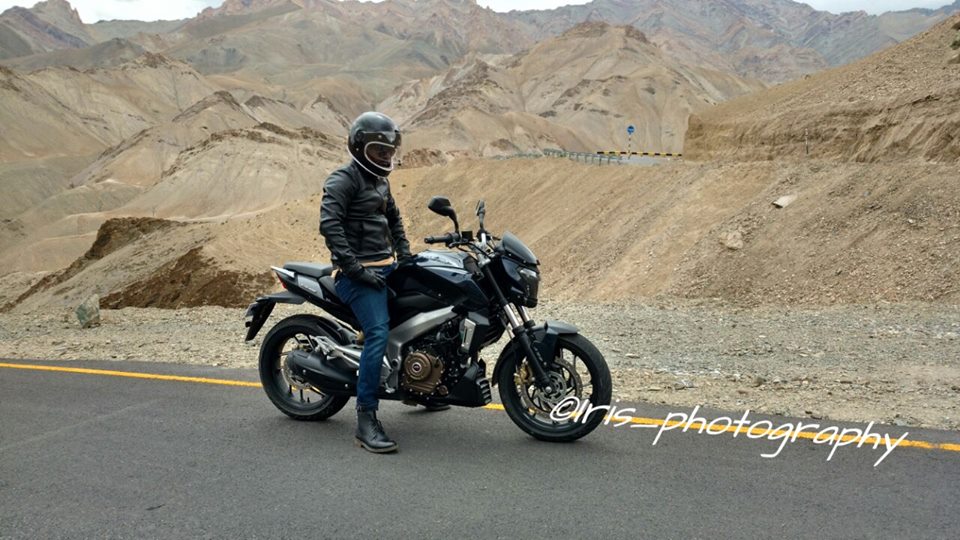 The images reveal the body proportions of the motorcycle vis-a-vis the rider along with production ready parts. Clearly, VS400 appears to have a comfortable riding posture, suited for touring purposes. Moving ahead of the faired RS200, VS400 will sit on the sweet spot of affordable sports cruisers, a territory not explored by many not to forget that it will be the most powerful Pulsar ever!

Also, the way they have started organising official riding clubs with RS200 and Avenger owners, organised long rides and tours with the Pulsar VS400 will definitely be on the cards. 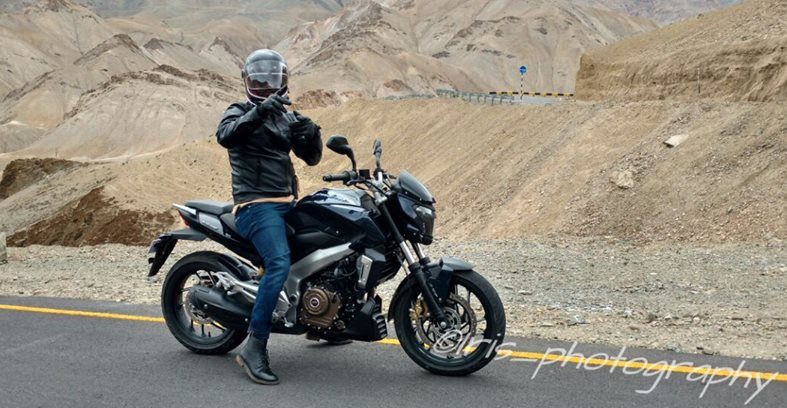 In case you missed it, according to the last leak, Pulsar VS400 is powered by a deeply altered version of the KTM 390’s engine. The  power output is limited to 35PS at 8,000 rpm, however the all-important torque figures are not known at this point. 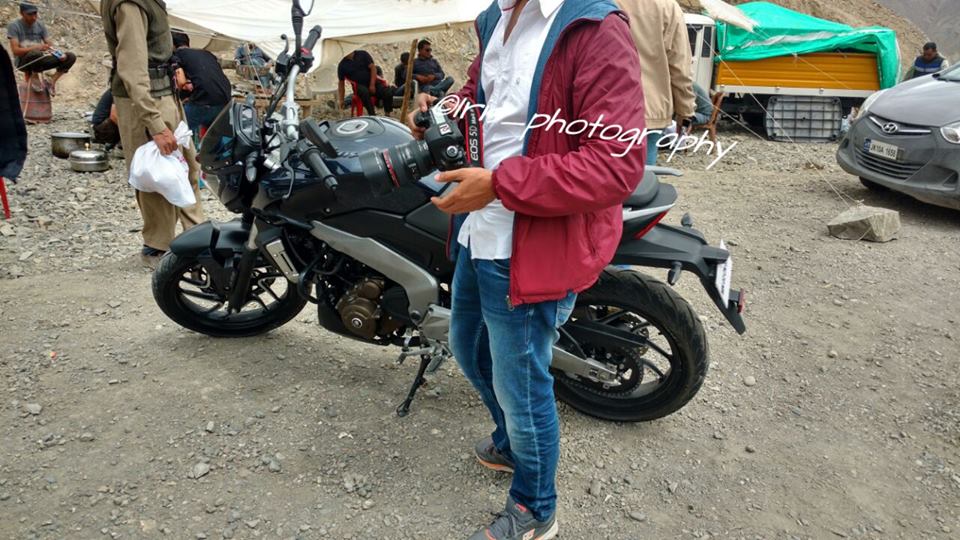 It would be the first Indian bike to sport LED head lamps. Bajaj is expected to offer two variants – dual channel ABS and non-ABS. It also gets a split instrumentation console, again seen on the Ducati Diavel. From this journey of the concept CS400 to the production VS400, the bike has lost upside down front forks along with some other minor parts, however the motorcycle still looks fabulous!

Read More: Here’s how the Bajaj Pulsar VS400 sounds like!

We have carried out a price analysis of the biggest Pulsar yet, you can check it out here…