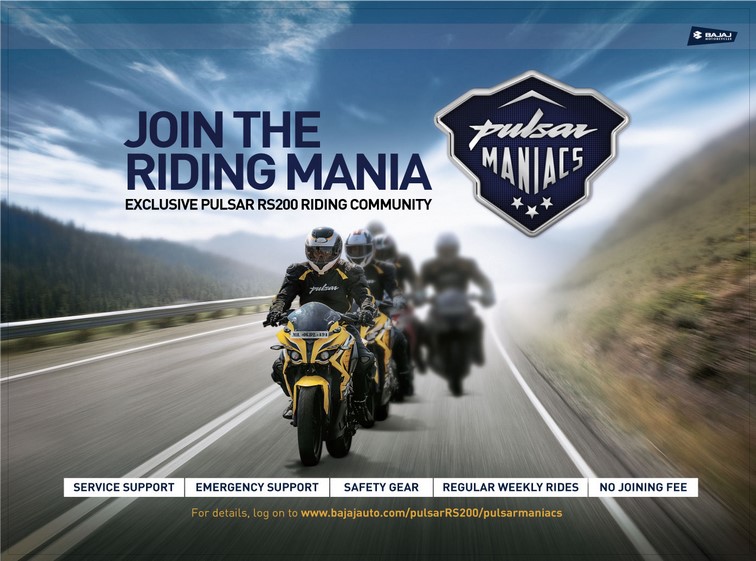 Bajaj, to celebrate the World Motorcycle Day, which is held on June 21 every year, has announced the formation of two official riding clubs. Called as Pulsar Maniacs and The Avenger Gods (TAG) these groups will be conducting professionally organised rides under the watchful eyes of expert riders from the company.

These rides will be backed up by service and emergency support along with the availability of riding gear. However, while the Avenger Gods is open for all Avenger riders, Pulsar Maniacs is limited only to RS 200 owners. They will initially start with breakfast rides and then gradually progress to overnight and long distance rides.

TAG on the other hand will continue to flourish with weekly breakfast rides. This will be supplemented by Feel Like God (FLG) rides which will see mature riders travel long distances on their Avengers. Locations will include some of the most beautiful and offbeat places in the country. The first of such rides will begin on June 23, 2016 and will head from Chandigarh to Tirthan Valley in Kullu, Himachal Pradesh. 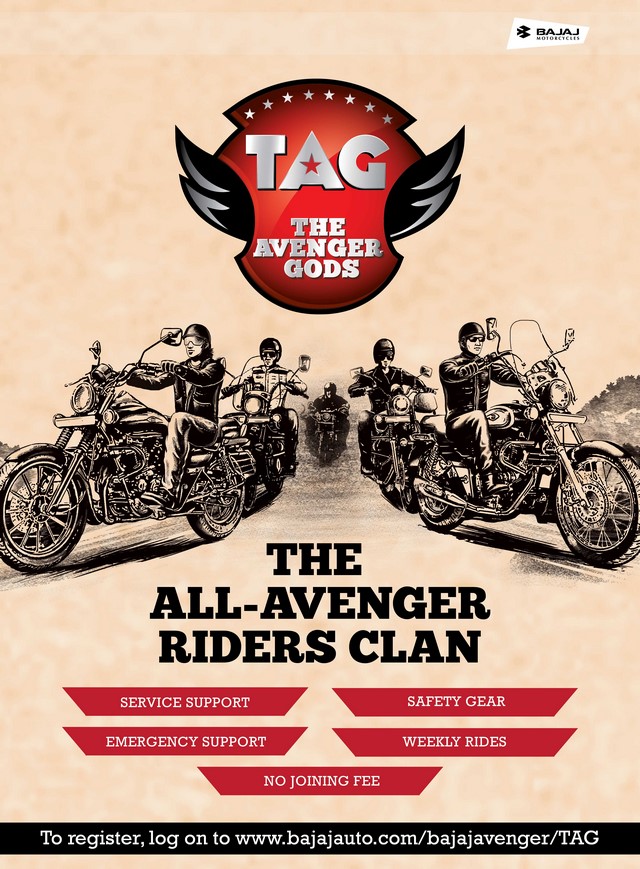 Covering nearly 700 km, the ride will encompass 3 nights and 4 days, with a host of support activities like trout fishing, star gazing, bonfire barbeque, forest trail and a session of folk music. Rides though will begin only from 7 cities initially, which include Delhi, Mumbai, Bengaluru, Chennai, Pune, Hyderabad and Kolkata.

Excited? Dying to join these groups? Go ahead and call on these numbers: