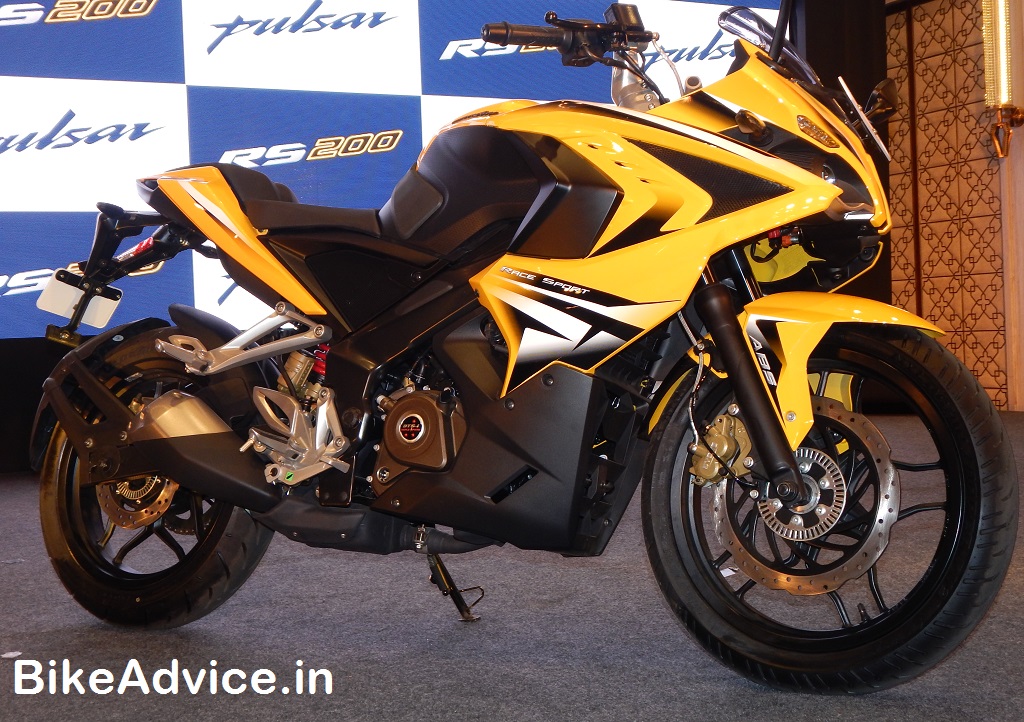 Update: At the launch of Pulsar AS200 and AS150, Bajaj officially announced that their first full-faired fuel injected RS200 has attracted 2000 bookings till then. They also shared that they intend to sell 2500 units of the new flagship every month and are well on their way!

ITS A H-I-T! The recently launched Bajaj Pulsar RS200, which garnered a lot of interest ever since its prospects were first officially unveiled (in the form of bigger Pulsar 400SS at the Auto Expo 2014) has been a big point of interest. The first full faired motorcycle from Bajaj, comes with a lot of flashy styling which is love-me-or-hate-me, but it is aggressive! The question, however, is – has all the hype resulted in final product sales or bookings? Well, it looks like it has. As per a report on Zigwheels, the Pune based manufacturer has managed to register 1,000 bookings of the fuel injected Pulsar within the first seven days of its launch. 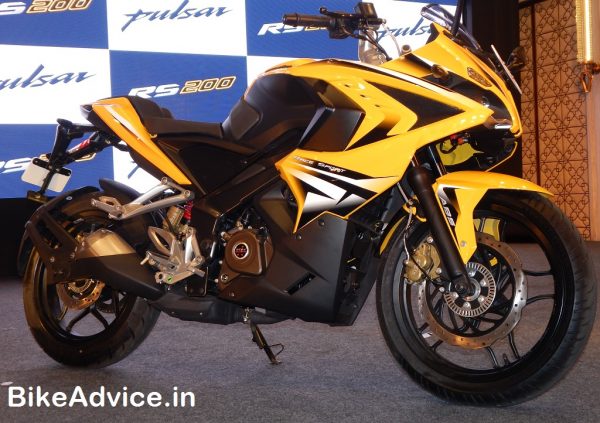 The company has been experiencing a drop in sales for quite some time now and with the new product launches, including this and the upcoming Pulsars they aim to hit back and return to the game. First week is too small a time to judge a motorcycle’s success and it remains to be seen how, as a product, has the Pulsar RS200 evolved over the 200NS, the motorcycle which it is based on.

Marketed by the company as the ‘Fastest Pulsar yet’, Pulsar RS200 houses the same 199.5 cc mill from the 200 NS, however, it gets fuel injection for better fuel-air mixture and smoother power delivery. The liquid cooled triple spark engine produces 24.5 PS of power at 9,750 rpm and 18.6 Nm at 8,000 rpm, slightly more than the naked sibling. The company claims that this engine is good for hitting a top whack of 140.8 kmph.

Priced at Rs 1.18 Lakhs and 1.30 Lakhs for the non-ABS and ABS variants respectively, this current flagship is all set to see another ‘All-New’ Pulsar launch on 14th of this month, which will most probably be the Adventure AS200 (also snapped inside a dealership).