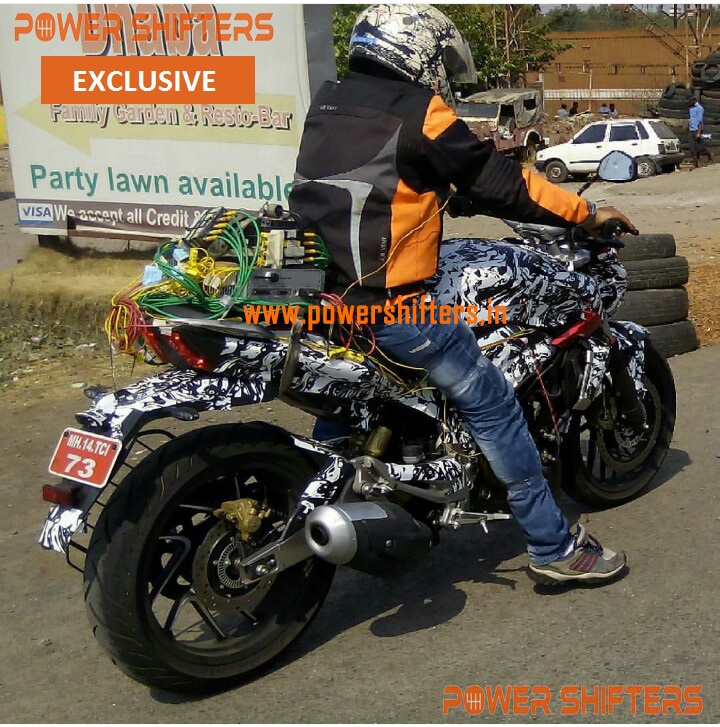 Bajaj Pulsar brand has moved on from being just a 150 and 180 cc player to a major entity in the performance segment. The idea remains the same, democratising performance oriented motorcycles for the masses. The upcoming Pulsar CS400 is no different. The bike has been spied recently by the folks at PowerShifters in its clearest form yet.

Showcased first at the 2014 Auto Expo, the CS400 uses the same 375 cc single cylinder mill found in the KTM 390s. However we can expect the output figures to be brought down a bit in favour of fuel efficiency. Anything in the range of 35-40 bhp though will be a great figure to live with.

The camouflaged body hides underneath it a beautiful sports tourer design philosophy. Retaining much of the snazziness of the concept model, the bike has a potential to emerge as a cruiser which everyone has been waiting for. It even gets a split instrumentation console. The upside down forks have been changed for the more traditional ones to keep costs under check. The dual tone black and silver alloy wheels though remain the same. 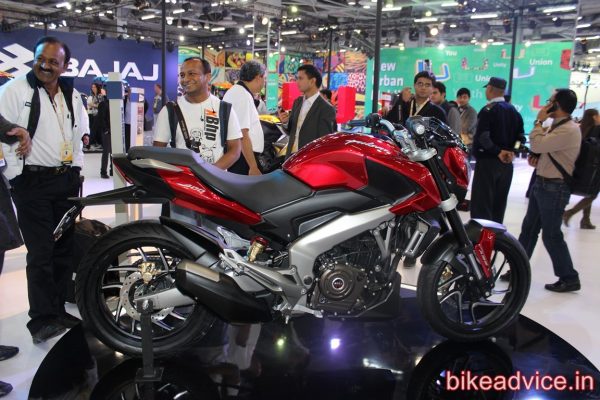 Based on the Auto Expo display model, dual channel ABS is expected to be on offer and it will be the fastest and the most expensive Pulsar in the making (at least till the SS400/RS400 is launched). We expect Bajaj to launch it up at a price tag of somewhere around Rs 1.6 to Rs 1.8 lakhs.