Shafqat has submitted this review in our Ownership Review Contest No 13, ensuring himself an assured prize. The contest also offers a chance to win Riding Jacket, Helmet and more…Here are all the details.

Hi biker buddies, I am Shafqat Ali Khan from Falakata West Bengal. Not getting words from where should I start my story! Okay lets start it from my childhood.

I had a curiosity about how the bike starts when someone kicks something like a rod attached to bike. I had many questions about two wheelers but didn’t know who is going to answer them because my friends didn’t cared about two wheelers at that time of age. So, what I used to do at class was just sit on the window side and keep staring at bikes and copying (drawing) it on the back pages of my notebook which actually continued till class 12th (even though I got the bike in class 11th) in which my favourite notebook to draw bikes was Accounts (wow those awesome clear white pages). 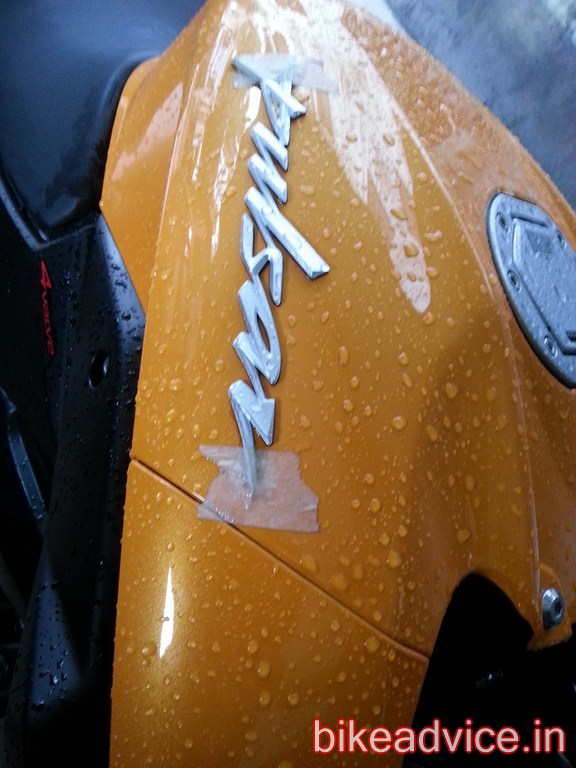 Even I remember the day when my accounts teacher came to me and asked me to show my accounts notebook. He was very happy to see the first 2-3 pages but after that new models of bikes were launching in my notebook till the last page and when I looked to the teacher he was looking very curiously to my drawings instead of getting angry and only said “This is not accounts notebook, I think it’s your drawing notebook , be sure to make a nice bike model for me next time ok” I was like :O

Now when I was in 11th standard I couldn’t control myself and told my dad that I wanted a bike. After listening to this, my dad was so shocked that he told me – “never try to speak such words in front of me!”. Now I must give you all a small scenario about my dad’s thinking in case of bikes, according to my dad bike was ‘shaitan ka chakka’ (wheels of satan) which can do nothing better but can only lead us towards death. 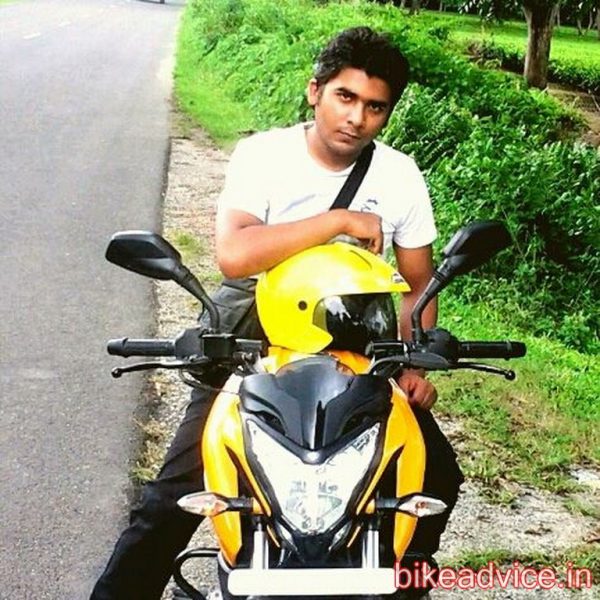 After my proposal for bike, my dad discussed it with his friends and as usual his friends told him a lot of bike accident stories. And it was like a clearly no from my dad’s side. But after making my face ugly as much as I can and not eating properly, at last I reached a stage where my dad said ‘Yes but not high cc’.

Now that ‘yes’ was the favourite one I had ever heard in my lifetime, but there was one more condition with that which was ‘no disc brakes’ because my dad had heard from his friends that disc brakes were very dangerous and one should avoid it while buying a bike. 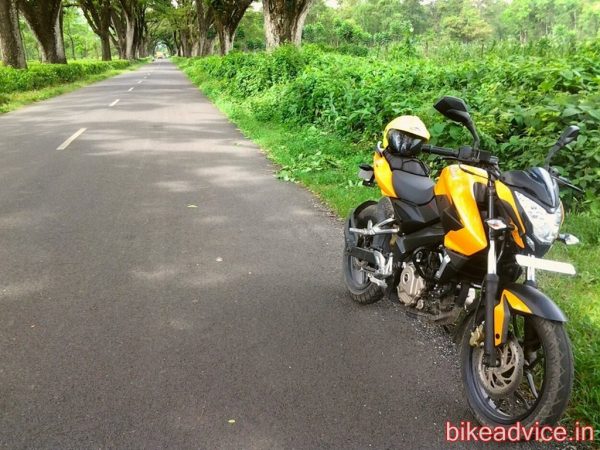 I remember they (dad’s friends) used to tell my dad “You know that boy the son of Mr. X met with an accident as goat/dog/cow/small kid came in front of his bike and he pressed the disc brake very harshly, now he is in …. Hospital”. Now that made me so much angry that I could not explain because due to such stories my bike was being postponed month after month.

Okay after so much of war, which I fought to get my first bike at last my dad agreed again and we went to the showroom. We saw a lot of bikes but at that my dad said he liked Star City but I was like ‘a big no’ but at last we both agreed on XCD135 which was new in market and bought it. I was very happy and enjoyed going to school with it, used to hang around with friends having bike, we were diverted more and more towards the bike chapter and were understanding more about it, like what is BHP, Nm, cc etc, etc etc???When I was understating more and more about it, I was going more crazy for two wheelers, I understood that cc is not the power, but BHP of the bike mattered. 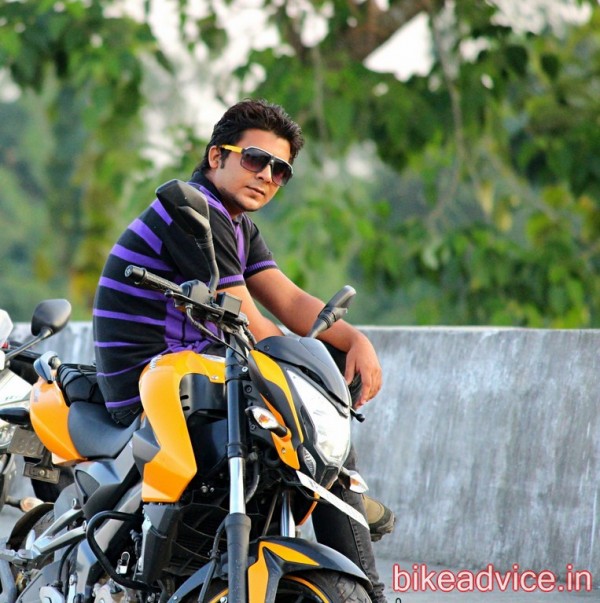 Everything was going good, whole day I used to sit in front of the internet and searched bikes and their specs. I felt very good knowing about different bikes’ bhp and features. Days passed by and my bike was getting outdated and my friends were buying bigger bikes like Pulsars, Apaches, and R15s. I used to think, when the hell I am going to get a new bike.

I always thought I just have 10.5 bhp in my bike while mr.x, mr.y,and mr.z had 14.5, 17, 17.5 bhp respectively. I started complaining to god about it, gradually two and half years until now. I bought my first bike, I loved my first bike a lot, many memories was attached to it like roaming around with my girlfriend in school days, roaming with my friends etc. 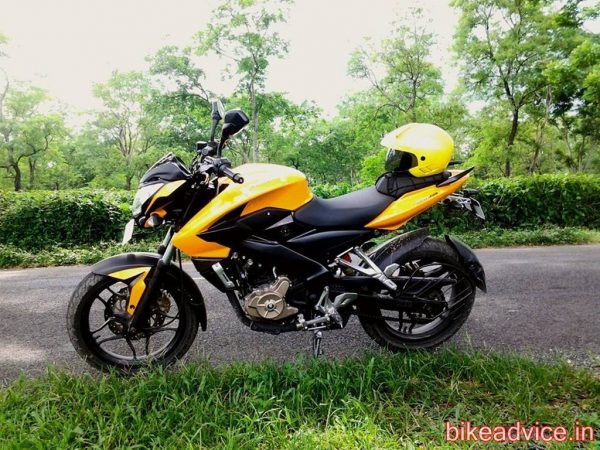 Now what happened actually! It was January 26, 2012 and Bajaj showcased its second generation, meanest and quickest wolf (pulsar 200NS) till date, I looked at the specs of the bike, OMG!!! It was 23.5 bhp packed in a 200cc motor, I knew that Bajaj will launch a 200cc bike after the duke 200 was launched but didn’t know that it will look so mean and good and pack such power.

Now my daily routine was to get new updates and images of Pulsar 200NS, when it was going to launch etc. we used to talk about the Pulsar 200NS in our friend group as it was the hot topic in biking segment those days. At last I decided to buy it but there were two problems blocking my way – the cost of the bike and secondly approval from my dad! 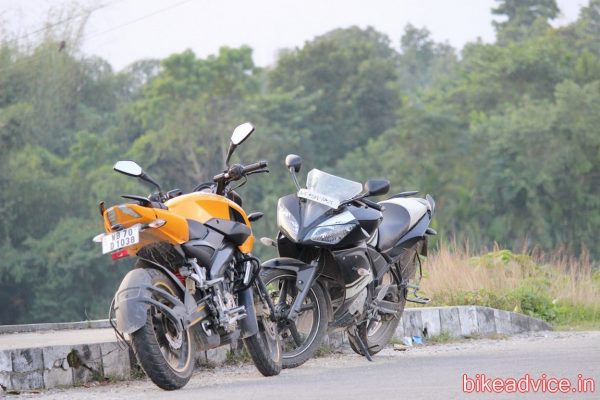 So at first I decided to solve the first problem of knowing its price because it was simple and the former problem was almost next to impossible! After months bajaj announced that it will be under a lakh, I was so happy that I told everyone about it even to those who didn’t care about it.

Now I proceeded towards my second problem which took months (getting approval from my dad). I had joined my dad’s business so money was not a problem for me but my dad’s approval was. So one day I decided to start my mission and I told dad that I wanted a new bike but will keep the old one, and instantly my dad disagreed, so I repeated the procedure once again which I used before buying the first bike but this time it was not working at all. In the meantime my bike got stolen and I was so much heartbroken (jo hath me tha wo bhi gaya) that I can’t explain. 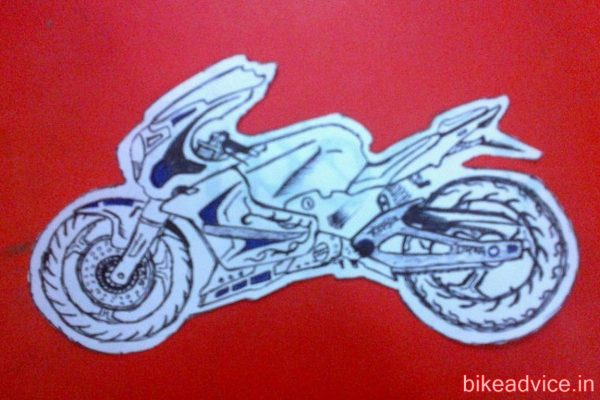 But the chances of getting Pulsar 200NS increased (my friends doubted me for the theft, please you all don’t do that). I loved that bike very much but we can’t change the things that happened. When my bike got stolen I became very emotional and sad and my dad can’t see me like this (like every parent) and my elder brother always used to console me that we will get the new one soon.

I had to do every work by walking but what actually happened. In the meantime my dad changed his mind and asked me to ‘lets go to the showroom and see what and how actually Pulsar 200NS looked like?’ And I jumped and rushed to the showroom with my dad, because wasting time in such matters is not appropriate, as mind can change anytime 😀 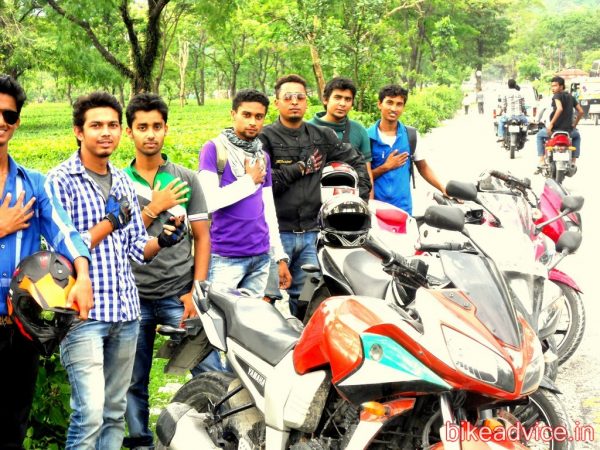 But the showroom didn’t have the Pulsar 200NS so the showroom owner insisted me to get the Pulsar 220 and even told me that pulsar 220 is far better than 200NS. I wanted to beat him for two thing first for not knowing anything about Bajaj bikes and opening a Bajaj showroom and secondly for trying to change my decision.

So I booked 200NS (mustard yellow) on the very same day and he said I will get the delivery within 3 days, now those three days were the longest in my life. One day was passing as if a day consisted of 72 hours. I used to sleep very late at night at around 3-4 am and used to get up at around 5:30-6 am due to a lot and lot of excitement. 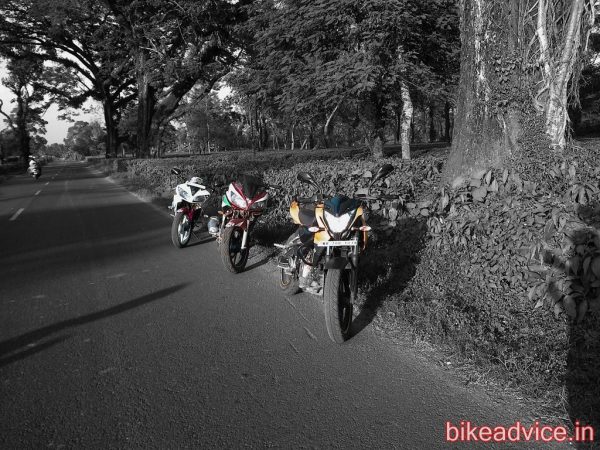 Day 1 and 2 passed and I went to the showroom to know the status and the showroom guy said it will take more 2-3 days. I instantly told that guy to cancel the booking, as it made me damn angry to know about the delay, so I walked out of the showroom and went home. At evening the owner of the showroom gave me a call to inform me that he can give the delivery of 200NS tomorrow, that made me so much happy that I wanted to go out dance on the road.

That night I wasn’t able to sleep whole night and at around 11 am I rushed to the showroom and saw a yellow NS (my bumblebee) standing, I just wanted the key to go out for a long ride in my bumblebee but he (showroom guy) said that they have to ready the bike. 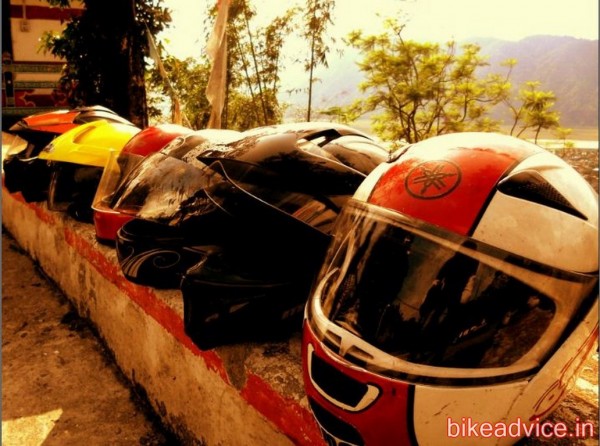 In the meantime I went for all the paper works which took about one hour and my bike was ready in the meantime. The showroom guy handed me the key and I was ready to go and show ‘tashan’ to my friends (none of my friends knew that am buying a NS) it was the first NS among my friends and second NS in the whole area in which I live. Now I went to every friend’s house to shock them, and they all were like ‘WoW’.

I am enjoying a lot with my bumblebee, going out with girlfriend & friends for long rides, testing our bike’s raw power (with full safety) and cruising together ,enjoying the nature and weather e.g. ‘Gumpha’ (Bhutan), awesome road with beautiful curves. Till now it’s the only mustard yellow NS in our area and that always make me proud and I love it like hell.

Whenever I go out with my beast its raw power puts a smile on my face, it has an awesome handling and a decent mileage of 35 kmpl. When people stare at my bike and inquire about its power, cost, etc, it makes me so proud (all biker buddies here will understand that).

I will always remember my first bike but this bike came in my life as I have got back my lost love and it loves me more than before. This time my love came with a great package packed in it ie more power, torque and muscular design.

It is a great value for money bike but as every bike has some cons and pros, it’s same in the case of Pulsar 200 NS. 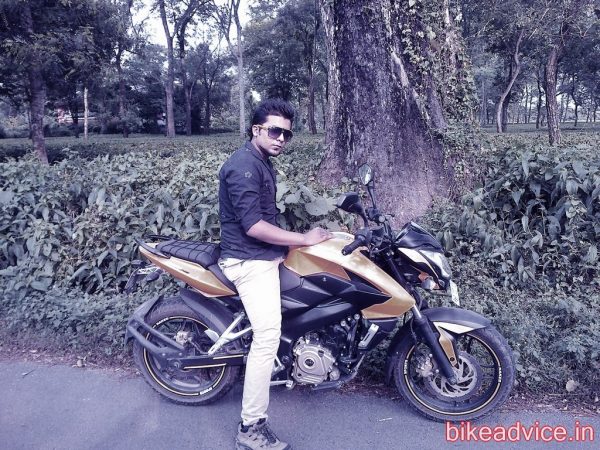 I will suggest 200NS to every person, looking for a powerful bike in a budget. You will never regret its performance that is for sure. You will get a great package on a budget of 1lac (23.5 bhp of power, 18.3 nm of torque, triple spark , 4valve liquid cooled engine, perimeter frame. Etc) 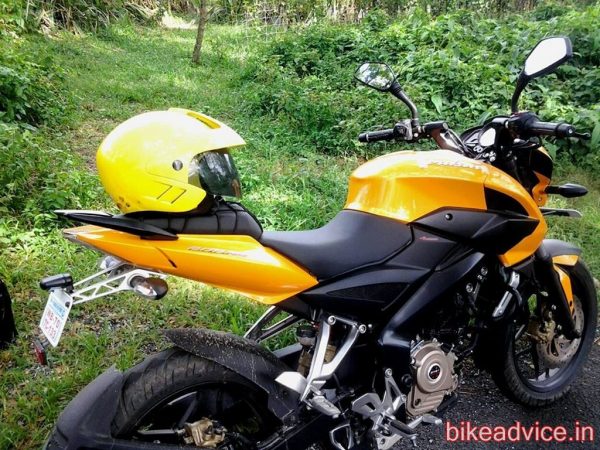 That was all friends, hope you all enjoyed it. This was my first post and review ever so please forgive and ignore my mistakes and give your precious suggestions in your comments. Please use proper safety gears while riding your bike, life is yours don’t risk it & God bless us all 🙂