Flash our memories to the time when Bajaj launched the classic versions of their Pulsar brands in 2001 which happen to be the first indigenous all-Indian bikes. The bikes looked fresh with every little innocence engraved in their looks yet maintaining the fiery character at the same time. All that we had that time was the expensive Hero Honda’s CBZ with a low mileage and an ugly looking TVS Suzuki fiero. The Pulsars were an instant hit, especially among the youths and symbolized the power of buyers if given a powerful package at the right prices. It also cleared the air that Bajaj is serious towards bikes and doesn’t want others to take away the charge so easily. 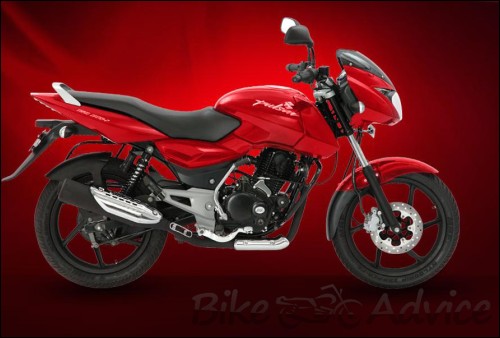 Almost nearing a decade, nothing has changed much in terms of preferences; Pulsars remain the largest selling 150cc bikes in the country enabling Bajaj to be the countries second largest sellers of motorcycles. The design of the bike was (and is) so flawless that the bike feels nothing stale despite being a nearly 10 year old design. With numerous upgrades Bajaj has tried every bit to keep the bike fresh.

Specifications & Changes: From extracting 12 Ps from the earlier 143.9cc mill, the latest 2009 version churns out a sporty 14.09 PS @ 8500 rpm of power from a 149.01cc one. Peak torque of 12.76 Nm is attained at 6500 rpm. The bike still maintains its grunty exhaust note and lovely engine feel which is reminiscent to the Pulsars. The drawback with the earlier versions of pulsars was the lack of good torque in the lower end of the power band and hence was the reason of frequent gear shifts compared to the other bikes. But ride the latest 2009 edition and all these seem things of the past. The engine is a sprinted performer and has a well sorted power band and has power almost at all rpms thanks to the Exhaustec, which improves the engine torque at lower rpms and provide abundant pulling power. The problem with Bajaj bikes has always been the notchy gear-boxes, bad clutch plates and equally bad sprockets. Sad to say that the gear-boxes retain their notchy character and clutches fail to deliver at extreme loads, feels even worse after riding the cheesy Honda’s!

The Product: The bike retains the fiery stance with those wolf-eyed headlamps and comes loaded with some scintillating gizmos like digital console, backlit switchgear and twin-slashed LED tail lights. The bike comes loaded with 240mm front disc brakes and they do their job pretty well. The braking is one of the best in the market but in comparison to the competition the bike feels a tad less planted under extreme braking. But, nonetheless, people who have owned all the iterations (or had close affinity with them) can easily tell how much the bike has evolved from being a ‘Bad’ handler to a ‘Good’ one but still remains at the last among the other bikes in this segment.

The new version comes in an all- black theme, finally and makes the bike look awesome. It also gets Pulsar 200’s front tank flaps which enhance the look of the bike. The best enhancement in this iteration cloud easily be the inclusion of all DC electrical system which ensures constant and well illuminated roads and constant horns at all times. The bike also gets a wider 90/90 * 17 front tyre along with a 100/90 * 17 rear. Mileage of the bike has always been this bikes forte and this is no disappointment. The bike delivers a consistent mileage in the range of 50-55 kmpl on real-road conditions. Performancewise, this bike is no less than the others and is one of the fastest of the lot, still! The bike achieves a top speed of 120kmph on the Speedo. It comes in four colors, Blue, Red, Silver and Black. On road prices in Pune for this bike is close to Rs 67,000 which is almost similar to the older version.

The bike still remains one of the best products in the market. Go for it if you want a complete package which would cater to both the world’s- power and mileage. Along with it, you would get dirt-cheap spare parts, hence making it one of the cheapest bikes to maintain and own.