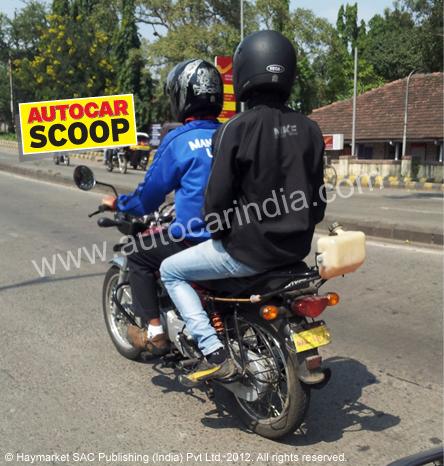 Bajaj has been very aggressive about launching new iterations of its lineage of motorcycles. In a latest spy shot by an Autocar reader, Bajaj was caught testing its upcoming Boxer 100cc motorcycle. Also, check out the BikeAdvice exclusive which we did some time back with more clear pictures of BM100. Now to make things clear at the start, Bajaj no longer sells the Boxer in the Indian market. The 100cc segment has now been replaced by the Platina and the Discover 100cc motorcycles. The Boxer, on the other hand is still produced at its Pune manufacturing facility and exported to foreign countries where demand for highly fuel efficient small displacement bikes are very high. These include the African countries and parts of Indonesia. Bajaj had also recently announced its plans of expanding to the Indonesian countries for which this testing might be going on.

As seen in the spy shot, there is a small fuel tank attached at the back and the rider is along with a pillion indicating that the company might be carrying out a fuel economy run test with extra load. The styling remains the same with almost no change to the rear tail lights, indicator lamps, mud guard and spoke wheels. 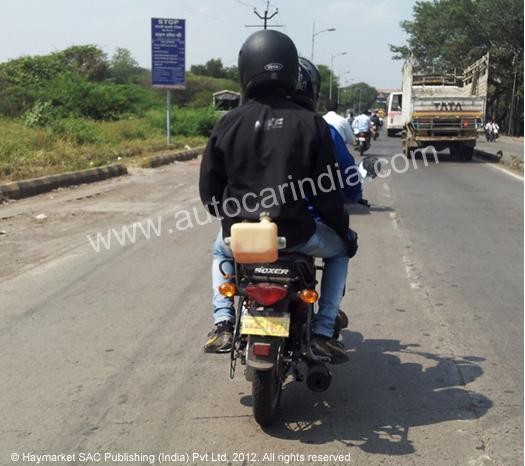