Bajaj Auto has started this year with the launch of KTM Duke 200 and it is all set to launch next generation Pulsar 200NS in the month of April 2012. But this is just the beginning of new launches lined up for this year. Rajiv Bajaj said in an interview with CNBC TV 18 that the company is all set to launch new commuter in the month of May. He said that Pulsar 200NS will be followed by the launch of all new motorcycle. 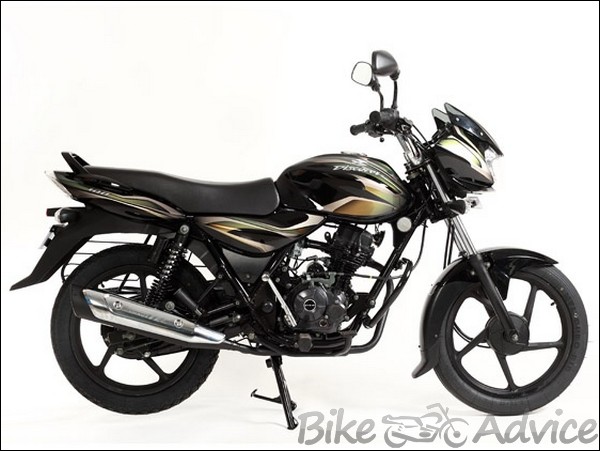 Here is the excerpt from the interview “ What I expect is this that the new Pulsar will be in market next month and another new one which is in the commuter segment, again an all new motorcycle that we really haven’t spoken about as yet will be in the market from May. Because these are both completely new products, they share nothing with the products we have been selling so far. It takes a little time for suppliers and for us to ramp up production by which I mean a month to two months.”

It is to be noted that Rajiv Bajaj did not mention the brand under which the all new motorcycle will be launched. However, there are good reasons to believe this will be the all new Discover. First this is a commuter segment motorcycle and Rajiv Bajaj already said that there will be only two brands they are focusing are Pulsar and Discover as far as sports and commuter segment concern. Second it cannot be brad Platina or Boxer as Platina is well established brand in entry level motorcycle and it is now doing 50,000 units a month business which is showing growth of 45-50% compared to last year. Bajaj has already launched Boxer 150cc and even if it will launch Boxer 100cc it will not be all new motorcycle as Bajaj is already selling BM100 in the export market.

Third Rajiv Bajaj said that the new technology of triple spark eventually find its way on Discover. It may possible that all new Discover will have this technology if not this, it is highly possible that it will come with four valve technology. Fourth, it cannot be Pulsar as Bajaj Auto has already launched Pulsar 200NS. Fifth, with the launch of Discover 150cc, the industry saw a new sports commuter segment. Currently this segment is expanding at brisk space. There are only two motorcycles Yamaha SZ and Discover 150cc which are clocking good amount of numbers. It may possible that Bajaj Auto launch all new Discover in this segment to further strengthen its position.

We first time stated in our article of upcoming motorcycle launches in 2012 that all new Discover will find its way in 2012. However, we will see that under which brand Bajaj Auto will launch its new motorcycle.