There are few days left in 2011. A year in which we saw many launches ranging from 100cc to 1200cc.  Most of the launches were seen in 250cc segment and above which is a symbol of India’s rising economy and consumer spending. Harley Davidson launched its Sportster Forty Eight (48) and Fat Boy Special.  While Ducati launches several models like Daivel and Monster. 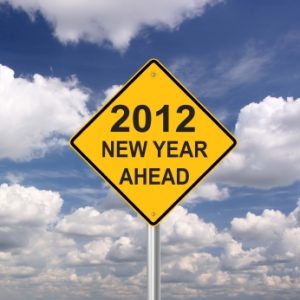 More or less, this year did not see any new great launch in 100-150cc segment. We can say that this is the year of performance bikes for India. So how about 2012? Is it going to be same? Well, 2012 will be the most exciting year for Indian bike enthusiasts. We are going to see new models in each category and each segment. We will see most of the new models in Auto Expo which is going to start on 5th January 2012. We have made a list of potential launches in 2012. We have divided two segments scooter and motorcycle. Motorcycle is further divided in to two categories up to 250cc and above 250cc (Superbike segment).

KTM Duke 200: The second most awaited launch of 2012. KTM Duke 200 will be first off road sports motorcycle offering from Bajaj Auto. DUKE 200 will be powered by 4-valve, liquid cooled, DOHC single cylinder engine which will have power to weight ratio of 200bhp/tonne. 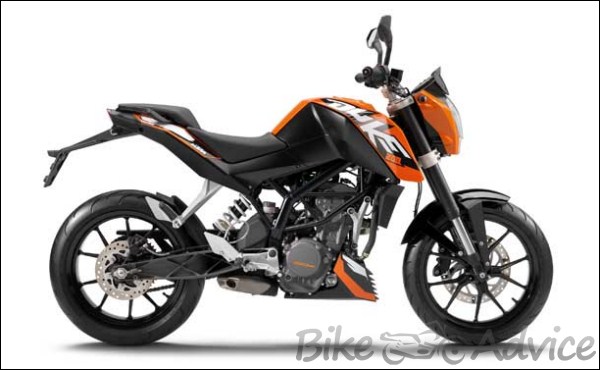 It will have Chromium-Molybdenum trellis frame with steel sub frame. KTM Duke 200cc will have top notch quality parts with a high performance engine. It is expected to launch in the first week of January 2012.

Hero 250cc: After separating from Honda Motor Corporation of Japan, Hero Motocorp is planning to launch a 250cc motorcycle in the 2012. Hero 250cc will be the most expensive and most powerful motorcycle from Hero Motocorp. It will be developed by its own R&D facility with the help of Japanese consultant. It will have Hero’s two traditional qualities like the newest design and a competitive price tag. It is expected to launch in the second of half of 2012.

CB100: Honda is all set to launch its first 100cc motorcycle targeted to mass market. Although the name is not announced, going by Honda trend we have christened it CB100. The motorcycle will be developed on the CD series engine basis with improved look and design. It will have more fuel efficient engine compared to current CD series engine and a competitive price tag in order to take on Splendor. CB 100 will be showcased in Auto Expo 2012 and will be launched around April or May 2012.

CBR150R: Honda is impressed by sales of CBR250R in India. CBR250R has received an overwhelming response from Indian bike enthusiasts. However, the price is still out of reach for masses. In order to bring the prices further down, Honda may launch CBR150R in India. Honda CB150R has same looks and designs as CBR250R the only difference is 150cc engine which produces maximum power of 19.5 bhp and torque of 17Nm. We expect Honda to launch CBR150R in India by the second half of 2012 with a competitive price tag to take on YAMAHA YZF-R15. 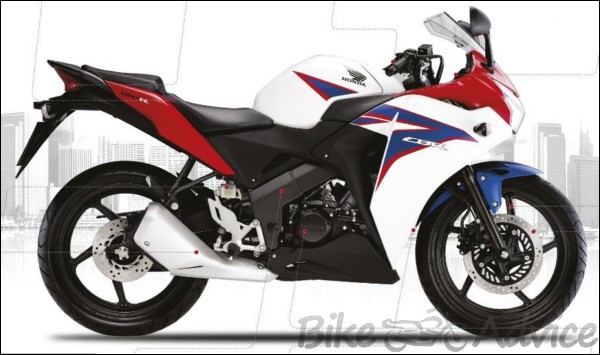 Hyosung GT250R: S&T motors co. ltd. and Garware Motors are bullish to make India as a production hub for S&T motors for motorcycles that are exported to Asia and Middle East. The company has plan to launch GT250R in India in 2012. GT250R has 249cc, oil cooled, DOHC 8-valve, 75° V-twin engine which generates maximum power of 26.27 bhp and maximum torque of 21.04Nm. We expect the price to be more competitive as the company will gradually shift the production to India in phased manner. GT250R is expected to launch by March 2012. 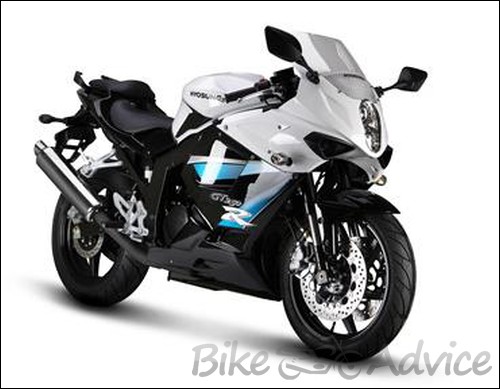 Stallio: This year we will see re-launch of Satallio. Satallio, a 110cc motorcycle launched by Mahindra two wheelers in the year 2010 and the company halted its production in the same year due to gear box problem. The new Satallio will have improved engine and gearbox and expected to launch around March 2012. 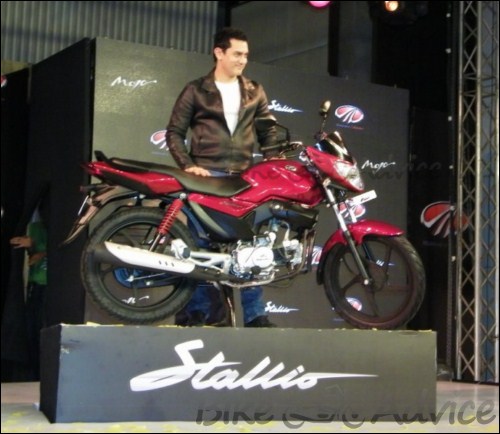 This motorcycle has fair chance to come in India because of its production base, China. As far as cost concern Suzuki can definitely price it competitively since it has made this motorcycle for one of the most competitive country. The GW250 has taken design cues from Suzuki B-King and naked Hybusa. It has 248cc parallel twin, liquid cooled, fuel injected engine. Considering its parallel twin engine we consider this motorcycle as third most exciting offering of 2012. We expect Suzuki Motorcycle to launch this in later half of 2012.

FAZER 250: Yamaha has established itself in premium segment in India and we expect the company to launch 250cc motorcycle this year. There is wide speculation that the company may launch Fazer 250cc this year. Fazer 250cc has 249cc, four stroke single cylinder, 2 valve OHC oil cooled engine which produces 21 bhp power and 20.7 Nm torque. Fazer 250 has very basic engine and seems to be developed on SZ platform. 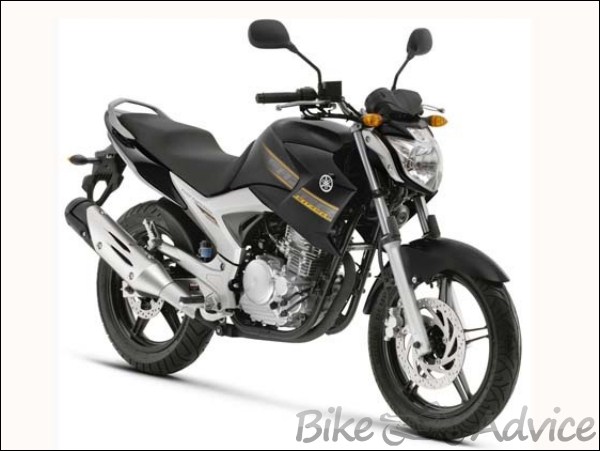 The motorcycle will have competitive pricing as it does not have any extraordinary technology. However, it has Yamaha’s traditional quality of superior engine performance, long term durability and superb handling. We expect this bike to be launched around mid of 2012.

Apache Velocity: What kind of new upgrade will TVS Apache will have? The answer is Apache Velocity. Apache Velocity concept was displayed in Kakarta Motorcycle show. The most special thing about Apache Velocity is its look. It has most stunning look in 150cc segment. It will have the same engine with improved performance. Going by Apache series, this will be a value for money offering in premium segment. We expect the company to launch it by Jun 2012. 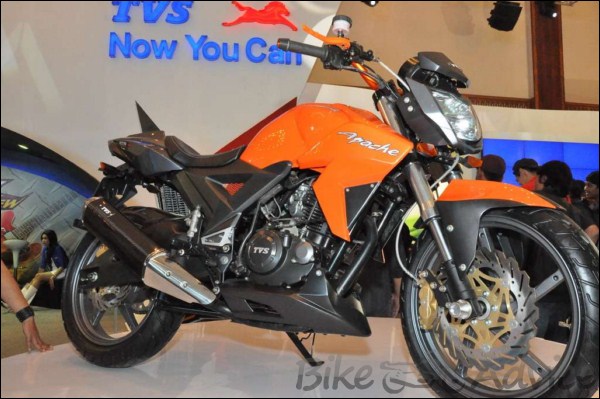 Rockz: Tvs Motors is also planning to launch a classy yet stylish moped this year christened as Rockz. Rockz has 125cc engine with 9.8 bhp power and 9.8 Nm torque.  Rockz will be launched at estimated price of 45,000 and it is expected to launch around March 2012. Read: TVS Rockz Spied 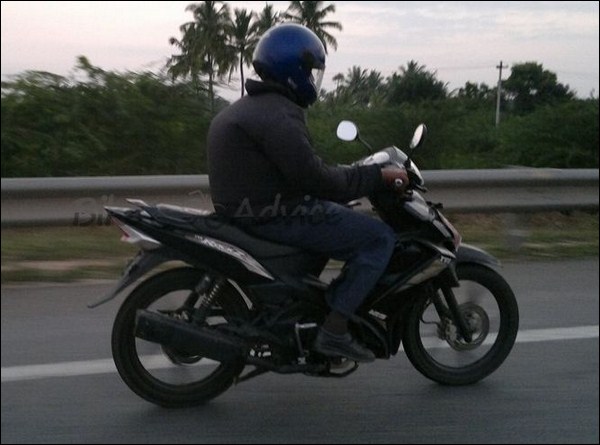 P.S. Scooters and Superbike list will published in upcoming parts