DSK Hyosung has plans to add to its India portfolio a couple of rather disparate bikes – the jack-of-all-trades RT125D and the naked GD250N. Both the bikes have been showcased at the Expo and understandably they did manage to create a flutter. 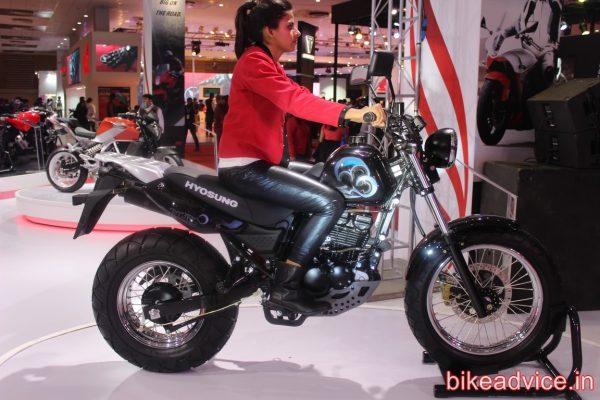 In this article we will talk about the RT125D, the more interesting of the duo.

The RT125D is a do-all kind of a bike that looks right out of a carnival silodrome. The fat..real fat tires, the low seat height…the bike is in a different league altogether. The individuality it offers will be a reason why anyone would like to buy this one. Another reason would be the pricing. Going strictly by the reports from the markets the RT125D has a presence in, it looks like the bike is also known for being economical to own and run. 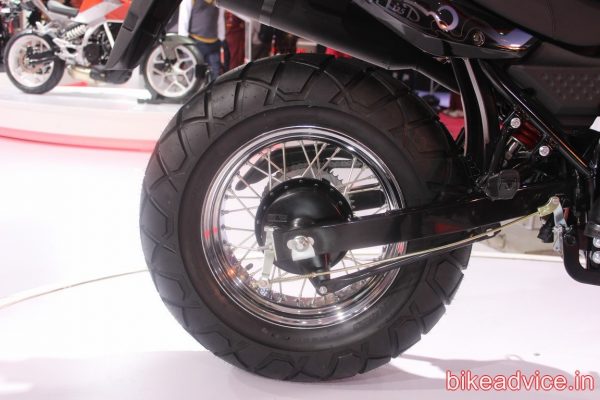 As the name would suggest, the RT125D’s 4-stroke engine displaces 124cc and manages a rather good 13 odd bhp of power. The single cylinder engine is technically advanced with 4 valves and double OHCs and is oil/air cooled. Gearbox comes with 5 speeds. All these are bolted together in a steel frame resting on telescopic forks up front and a swing arm at the rear. Braking is single disc at the front and the rear makes do with an expanding drum.

The talk of the tinsel town however is that massive 180/80 14 inch rear tyre which was Shinko branded on this display motorcycle. 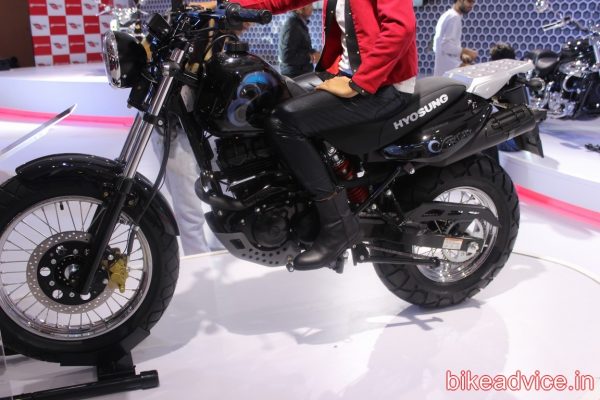 The bike, as is evident, is stocky and weighs in at around 125 kg. Despite all the quirkiness, the RT125D does make a case for itself and it would be interesting to see the kind of buyers it appeals to. There is no official confirmation from the company, however, we have indications enough to believe what you see on your screens is coming to our town.