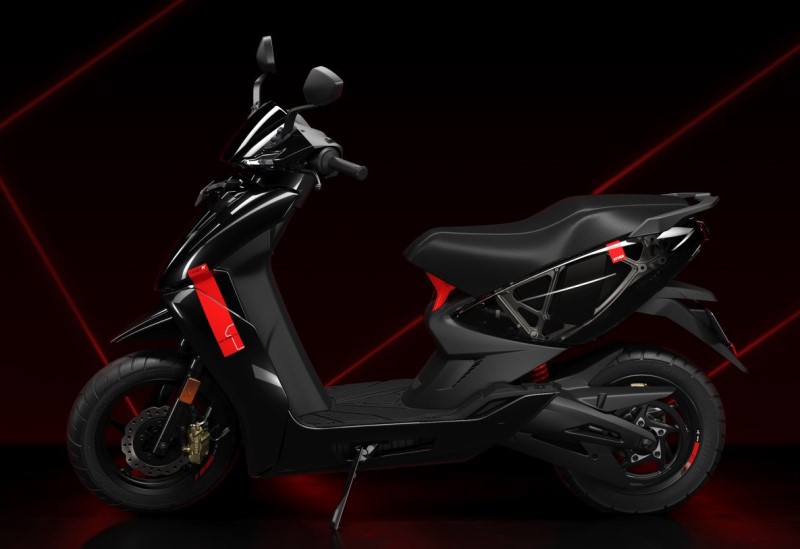 Check out Ather Series1 pics gallery at the end of the article. It has the same hardware as 450X but sportier cosmetics…

Probably the most competent electric 2-wheeler maker in India – Ather Energy has unveiled SERIES1 – which, it is calling as the collector’s edition of the 450X. In essence, it is a limited edition scooter for its community members.

The Series1 was announced earlier this year and it is exclusive to members who booked the 450X before January 28, 2020. They can upgrade to the special edition. It is offered in gloss black metallic color with Dayglo red ascents. It features a 7 inch touchscreen with a special introduction screen.

The biggest striking point of the scooter is its translucent side panels which gives a sneak into the trellis frame of the scoot. We haven’t seen such a feature on production motorcycles and scooters so far. Ather will ship the first batches with black panels and they will be changed to the translucent panels in May 2021 – without any additional costs.

The Series1 continues to be powered by the same 6 KW electric motor and a 2.9 KWH lithium-ion battery from the 450X. It also has the three ride modes – Eco, Ride and Warp. Ather claims a 0-40 kph sprint in just 3.3 seconds.