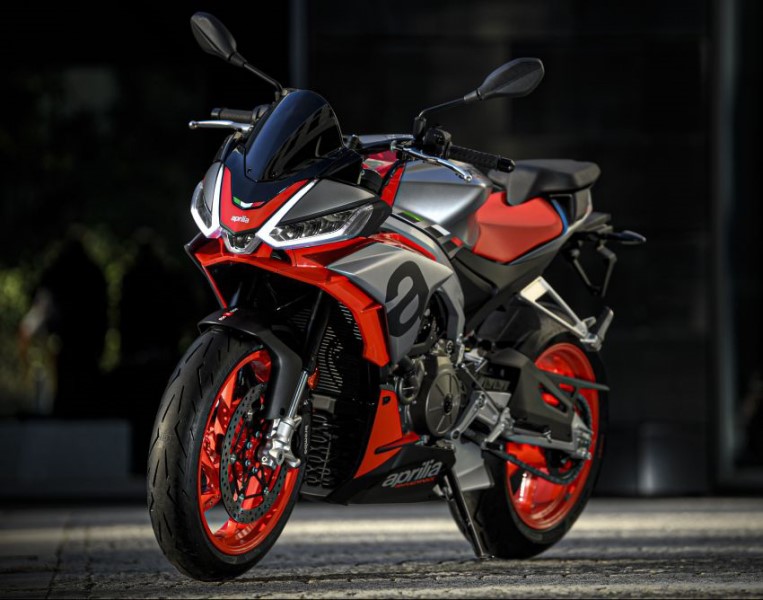 Aprilia Tuono 660 launch in India is also set, most probably, for next month. Bookings are already underway and Malaysian price gives us an understanding of the ballpark figure…

The release date and pricing of 2021 Aprilia Tuono 660 have been announced in the Malaysian market. The semi-faired Italian sportsbike will cost RM 77,000 which is roughly equal to 13.58 Lakh in INR. This price excludes insurance, road tax, and registration.

As of now, the mid-sizer will be available in Concept Black finish. There are two other Cole options Iridium grey and Acid gold which are not yet available.

The new Tuono 660 bears a 15-liter fuel tank and can consume up to 5 litres of gas when you ride it for 100 kilometres.

To make the riding experience smoother the semi-faired bike comes with adjustable upside-down telescopic forks from Kayaba – a mono-shock suspension complements it at the rear end.

After Malaysia, the Aprilia Tuono 660 is going to hit the Indian market as well along with its full-faired sibling Aprilia RS660. July 2021 is what looks appropriate when we will get to hear from the company.

Bookings for the 2021 Tuono 660 are already open at Aprilia’s Indian dealerships. Deliveries are expected to take place around the second half of 2021.

According to Aprilia’s managing body in India, Piaggio Vehicles Pvt Ltd., the Tuono 660 for the Indian market will be imported as CBU from Europe.

Coming to the Indian price of 2021 660 duo, Aprilia has already hinted that they will be expensive. We are expecting a similar price tag of INR 12-13 Lakhs.

While Aprilia fans in India were excited about the 150cc entry-level sports bikes that the company revealed at the 2018 Expo, however, that project has been shelved.

The Italian bikemaker has informed that it is, instead, focusing on a promising near 300 cc sports bike that can compete in the Indian market with other bikes from Kawasaki, BMW, and KTM.