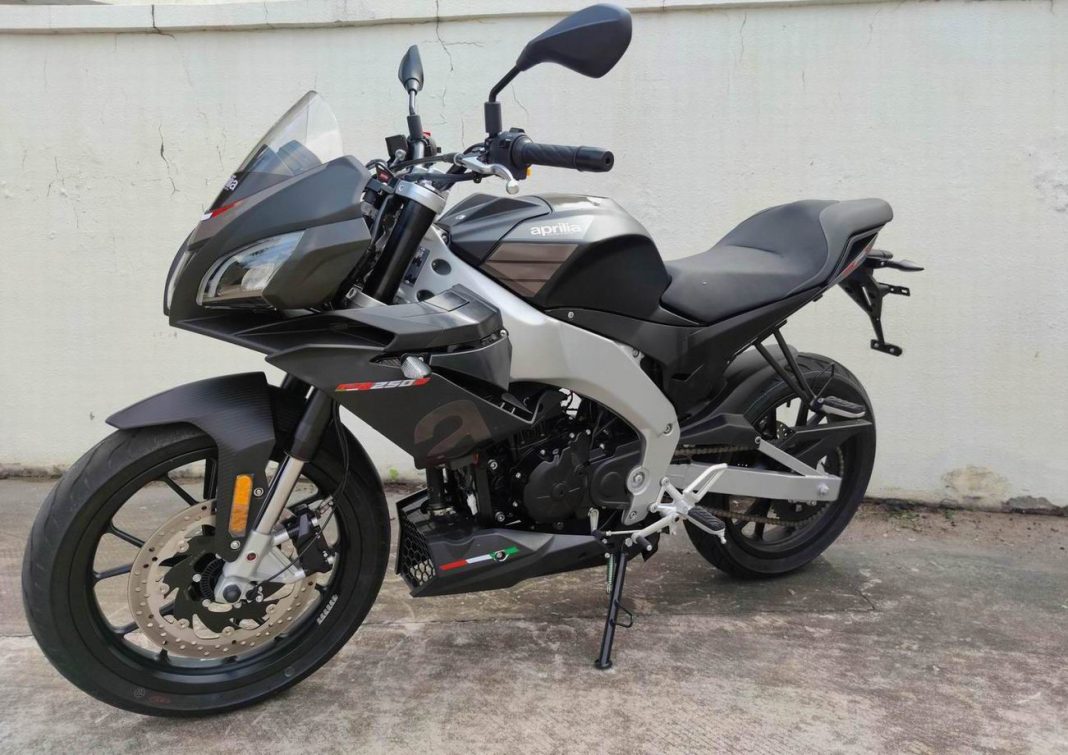 It seems that Aprilia is trying to experiment with quarter liter and entry-level motorcycles in the Asian markets. Following up with the launch of RS250 (sold as GPR250R in China), the Italian brand has plans to launch its sibling – the Tuono 250 in China.

This information comes from a leaked type approval document which also reveals that the Tuono 250 will be jointly manufactured by the Zongshen-Aprilia firm in China and it will be marketed under the tag of GPR250S.

The semi-naked design gives away that this upcoming bike is the quarter-liter sibling of the Tuono 660 although the type-approval documents mention the name APR250-S.

The design of the Tuono 250 bears familiarity to the family design and looks strikingly to the Tuono 150 concept that the company showcased in India at the 2018 Auto Expo. That motorcycle has been shelved though but its 125cc version is on sale in many countries.

The upcoming Tuono 250 will pack a 249cc single-cylinder engine, churning out 27.5 bhp of peak power. The engine design and framework follow the same pattern as the Tuono 125 and RS 125.

The 250cc bike from Aprilia will also fetch the suspension, wheels, braking system from the 125 cc Tuono and RS.

It is unlikely that Aprilia will bring the Tuono 250 to the highly competitive Indian market. However, the Italian continues to sell its top-of-the-line liter-class machines RSV4 and Tuono in India.