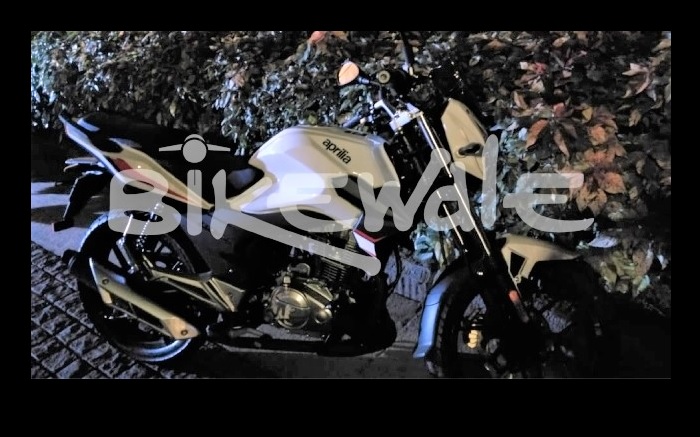 Aprilia STX150 launch on the cards? But we don’t think the Italian should consider bringing it here. Read on why…

Ever since the surprise showcase of the RS150 and Tuono 150 at the 2018 Auto Expo it became evidently clear that Aprilia wants to have a bigger play in India. They chose the scooter segment to create a space for themselves and have been fairly successful with the SR range really doing well – both in terms of sales and (sporty) image of the brand.

In a latest update, STX 150 – an entry level 150cc motorcycle from the Italian’s stable was reportedly spotted in India in Goa. Bikewale, which has shared the pic, says that the motorcycle was showcased in a dealers meet to gauge response.

Aprilia STX150 is an average looking 150cc motorcycle which is powered by an air cooled 149cc SOHC carburetted engine which is paired with a 5-speed gearbox. Reports online claim that it can rev freely upto the 10,000 redline mark. It is shod with conventional gas-charged dual shock absorbers at the rear and a combo of 240 mm and 104 mm front rear disc-drum brake setup respectively performs braking duties. It has an 18 liter fuel tank and 17 inch tyres both at the front and rear.

When we searched online, we see that the motorcycle is sold in markets like Nepal, Singapore, New Zealand etc.

So, does Piaggio have any plans of launching this motorcycle in India? And more importantly should they? Because, it just doesn’t look aspirational and adhering to the brand ‘Aprilia’ we Indians see. Bikewale also says that the dealer response was not positive for this motorcycle.

STORM 125 Could be the Cheapest Aprilia in India: Launch in Early 2019

We think for the Aprilia brand it will be wiser to stick to the more premium products for India so that they can harp on their premium brand value. Having said that, we are still waiting for some positive update on the RS150!!!