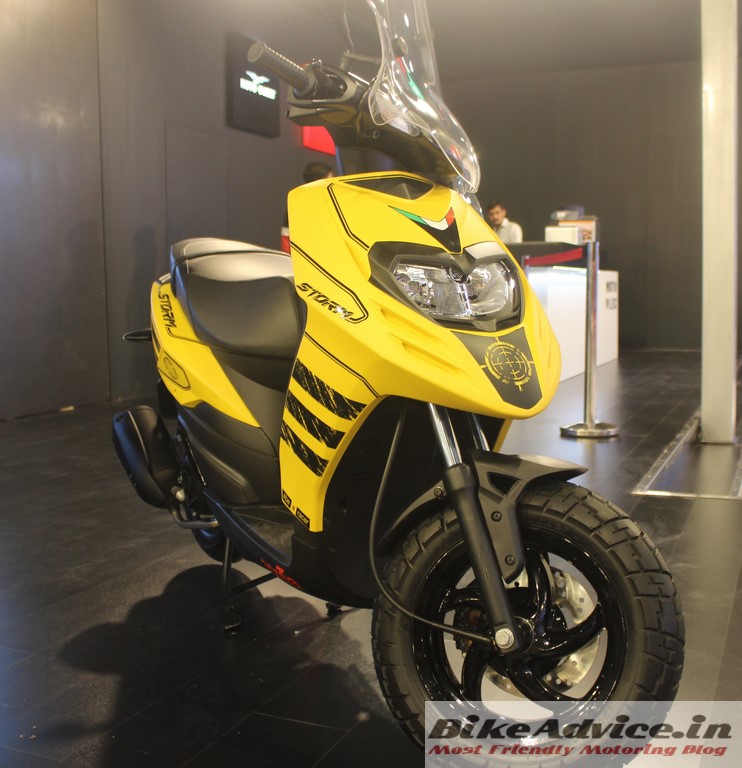 Just over a month ago, we reported that Aprilia have announced that they will stop offering disc-variant of their entry-level Storm 125 scooter In India.

However, surprising everyone, Piaggio-owned Aprilia have removed the Storm 125 scooter from their Official Indian website, suggesting that they have officially discontinued the sadi scooter, which till now was the entry-level scooter for the company.

So, from now onwards, the mantle of Aprilia’s entry-level scooter will be held by SR 125 model.

The discontinued scooter will not be missed much, because the SR 125 and Storm 125 shared a lot of similarities in looks & design. The Storm 125 sported a rugged look, with aggressive styling, highlighted by the use of torn & scratched graphics and Compass decals.

Also read: Upcoming Benelli TRK 702 Could Be Their Most Advanced ADV Yet

The rugged aesthetics were further endorsed by the use of 12” alloy rims covered by dual-purpose rubber and donned bold colours such as Yellow & Red and other 3 more options.

The rest of the scooter was very similar to the one which has now taken its place. Just like the outgoing Storm 125, the SR 125 is powered by a 125 cc, 3-valve engine which is able to produce 9.7 HP and 9.6 Nm of torque.

The chassis and suspension are also shared, made up of telescopic forks at the front and a monoshock at the rear. The Aprilia SR 125 starts at  Rs. 1.21 Lakh (ex-showroom) and it will compete with the same rivals as the Storm 125  – Honda Grazia 125, TVS NTorq 125. Suzuki Burgman 125 and Yamaha RayZR 125.