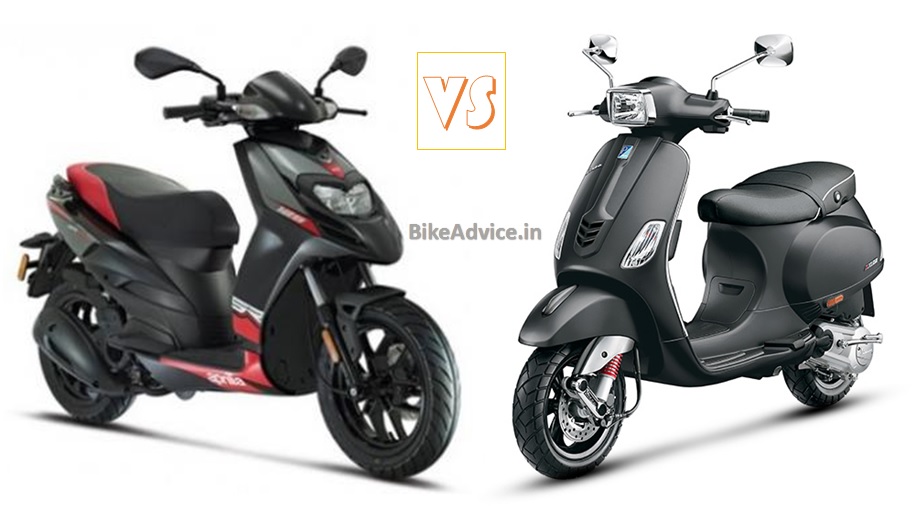 Piaggio has played a master-stroke, it seems. Initially we were sceptical about the SR150 which was to go out under the Aprilia brand. It was a general suspicion that a sub 1 lakh 150 cc scooter may dilute the marque brand of Aprilia. But things have started on a very positive note…

Aprilia SR150, which shares the underpinnings of the Vespa scooters (including the engine), has been received very well by the masses. In its first full month of sales of October 2016, it has registered 3403 units which is a very healthy number for a scooter costing close to Rs 80,000 on road in many cities of India.

In comparison, all the Vespa scooters combined, which includes Vespa SXL 150, VXL 150, SXL 125, VXL 125 and the Elegante, could sell 2700 units. This basically means SR150 has single-handedly outsold the complete range of Vespa’s 5 models in its first month.

The bigger point which would put a big grin on Piaggio’s (owner of Aprilia and Vespa brands) Indian thinktank would be – arrival and success of SR150 has not resulted in cannibalisation with Vespa’s models and it has also registered highest sales in the last six months. 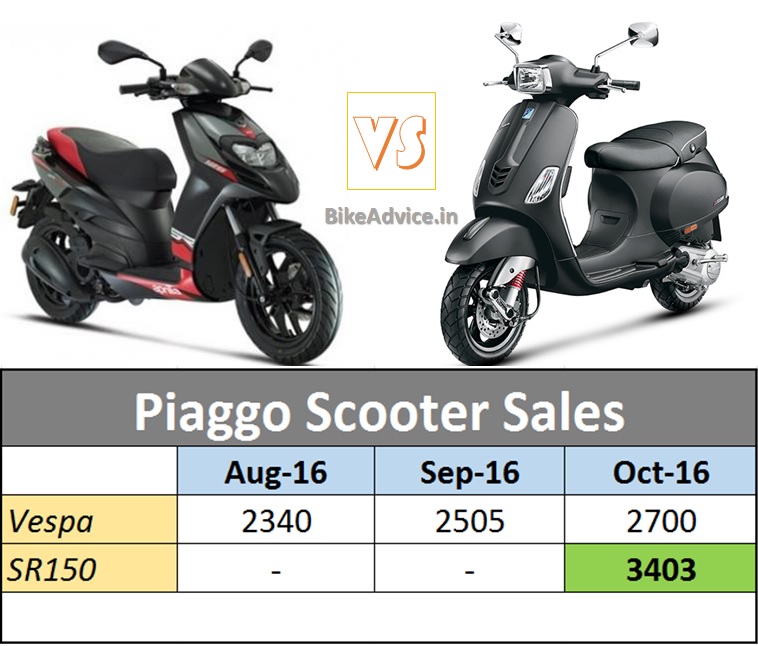 Clearly, the surprise aggressive (introductory) pricing for a brand perceived as premium as ‘Aprilia’ and its sporty crossover-type looks have worked in its favour and even after the initial hoopla, we do expect the momentum to continue in the months to come.

Next Read: Rejoice: Aprilia Considering 300-500cc Motorcycles for India – Confirmed by the Boss