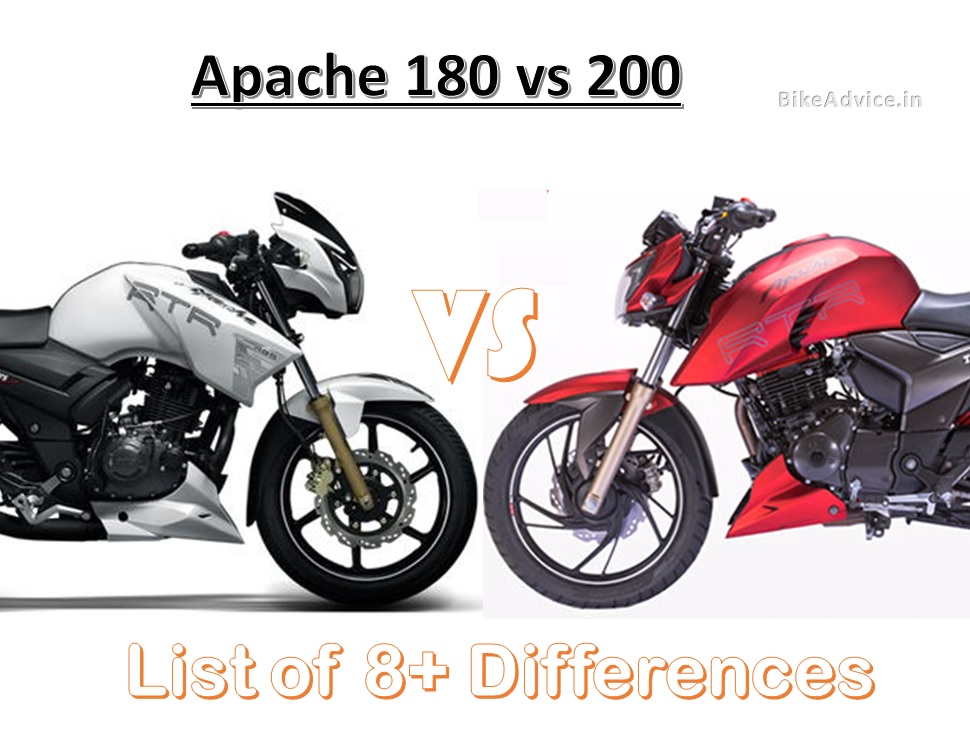 Apache RTR 180 and the new Apache RTR 200 – these motorcycles essentially share the same heart but the half-a-decade gap between the two bikes have changed a lot in how the latter feels. The RTR 180 ABS was launched in early 2011 making it the country’s first ABS-equipped motorcycle. Developed in close association with Continental this dual channel ABS was certainly a novelty back then.

Moving on to 2016, TVS rebores the existing engine and produces a world of difference! The extra breathing space gives the bike improved power which translates into a much better performance. The DNA of both the Apaches remain the same and here we list what separates the two in 8 pointers… 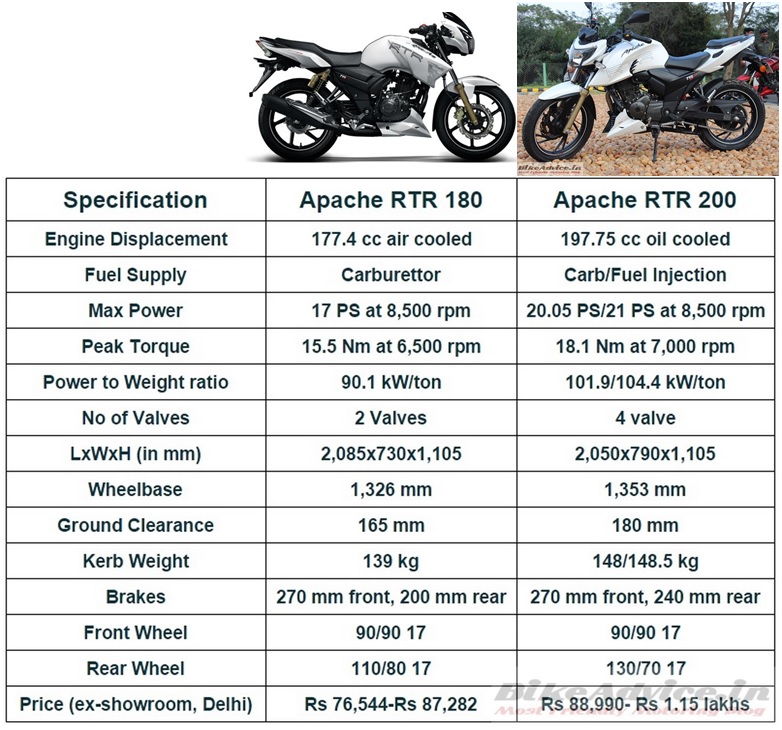 Apache 180 is offered only in two variants. So, for all the betterments the Apache 200 carb gets over it, you will need to pay approximately Rs 12K more or approximately at the price of the 180 ABS, you get the entry Apache 200 non-ABS trim. For the extra greenies you shed you get higher performance, better suspension, improved handling, grippier tyres and an overall a newer bike!

And then, you obviously have many options to customize and buy the Apache 200 variant which suits you. If this has made you zero in on the 200, here we have an update on its deliveries and start of sales!