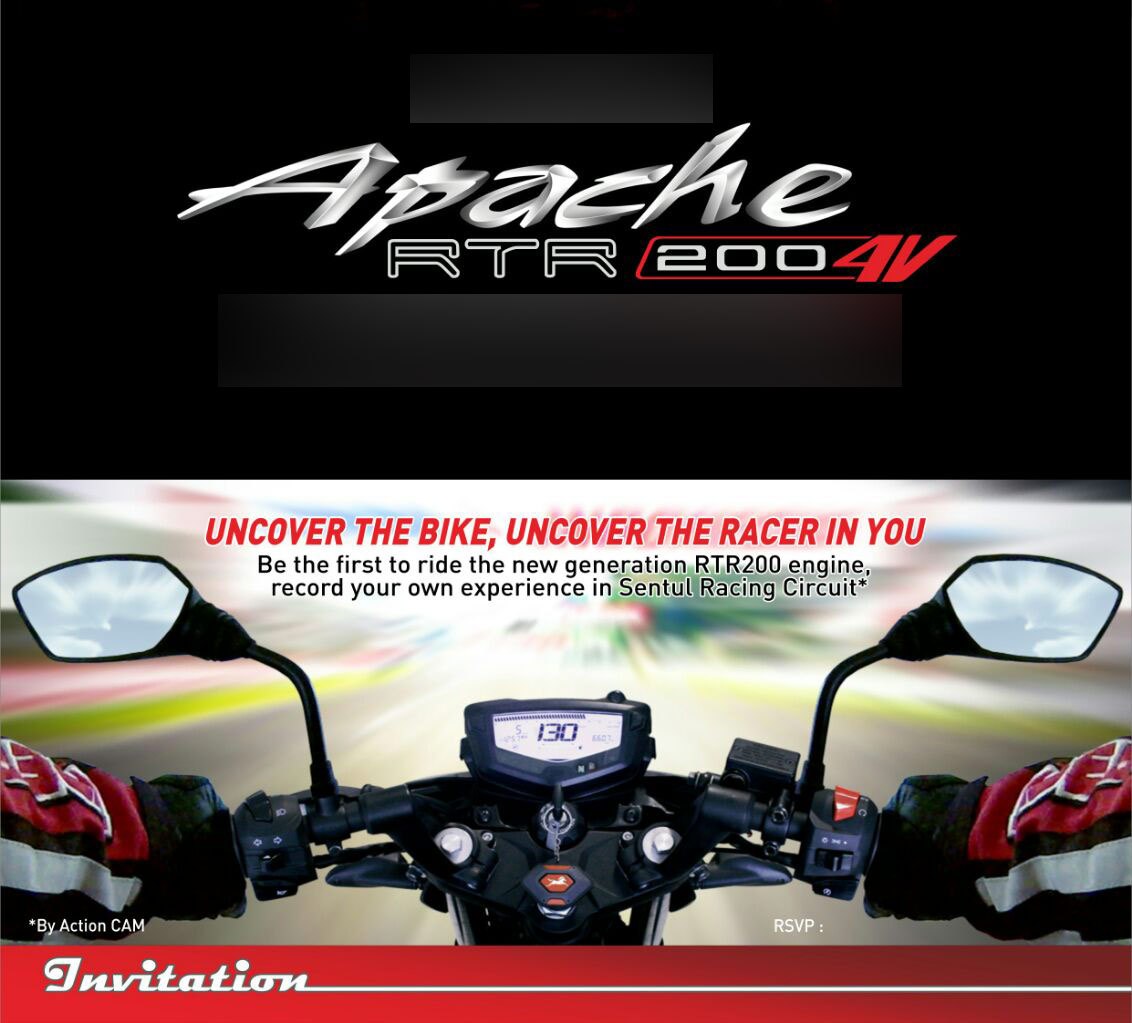 Closer to its global launch simultaneously in India and Indonesia on 20-21st of this month, TVS has openly started teasing and talking about the upcoming biggest Apache which will be officially called – “Apache RTR 200 4V“. 4V here, in all probability, stands for 4 valve similar to the Bajaj’s 200 cc Pulsar range.

The teaser pic you see below is from the invite for Indonesian media where fans/media will get the opportunity to ride the motorcycle at the Sentul Racing Circuit. It features the new Apache 200 doing 130 kph on the speedo with still some juice left going by the tachometer bars. The gear indicator reads “5” which may hint at the possibility of a 5-speed gearbox instead of the expected 6-gear which is a norm in this segment.

The new Apache 200 comes with high-raised clip-on handlebars with a red-colored TVS logo at the center. The switchgear is typical TVS and RVMs (rear view mirrors) look basic. 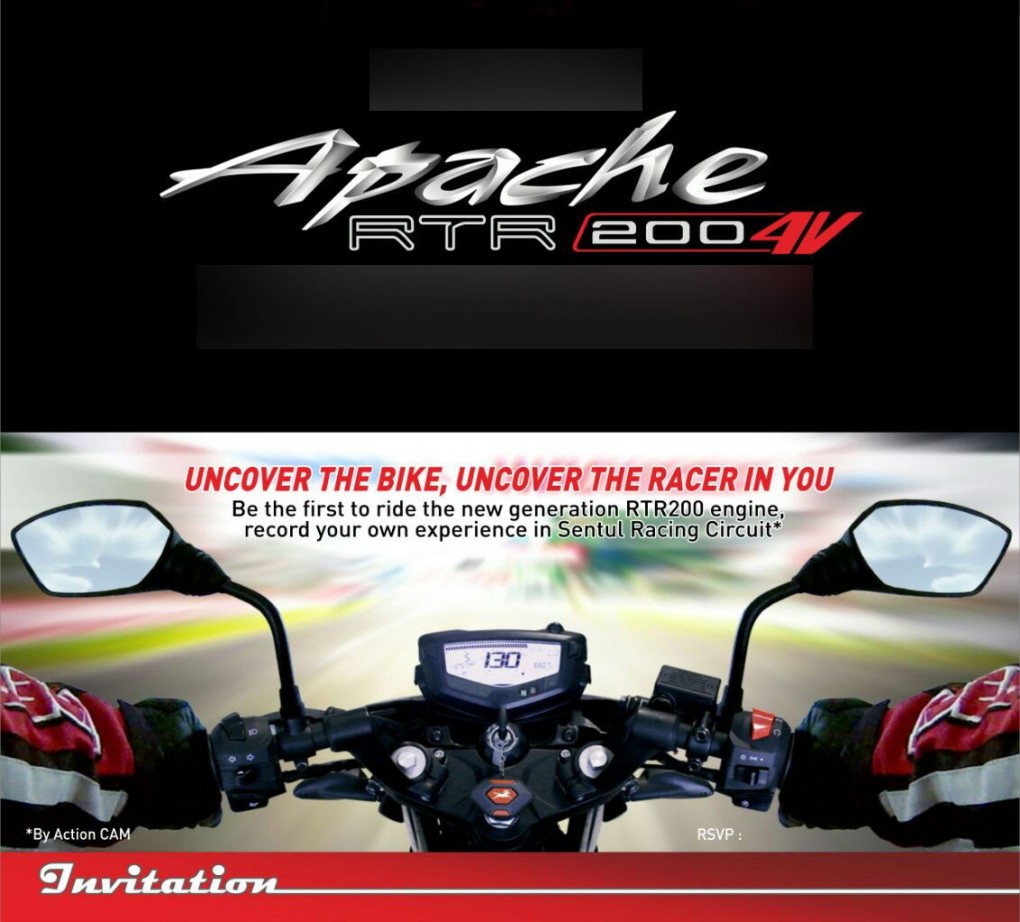 You read it first on BikeAdvice about the TVS event scheduled on 20-21 January (here). After waiting for a few days, TVS has officially confirmed that one of the motorcycle among them is the much awaited and long-delayed Apache 200. So, the motorcycle will be launched on 20th of Jan and we will be riding it on 21st along with another bike which has not been revealed yet. According to our estimate, it will be the relaunch of the brand Victor, possibly with a 125 cc engine.

The confirmation of the name and the oncoming of Apache 200 comes through the various teaser images TVS has shared in its new microsite in Indonesia, also shared on this page. This hints at the big possibility that Apache 200 will be introduced in Indonesia very soon. TVS is also providing its fans an opportunity to test ride the new bike at the Sentul International (Racing) Circuit! 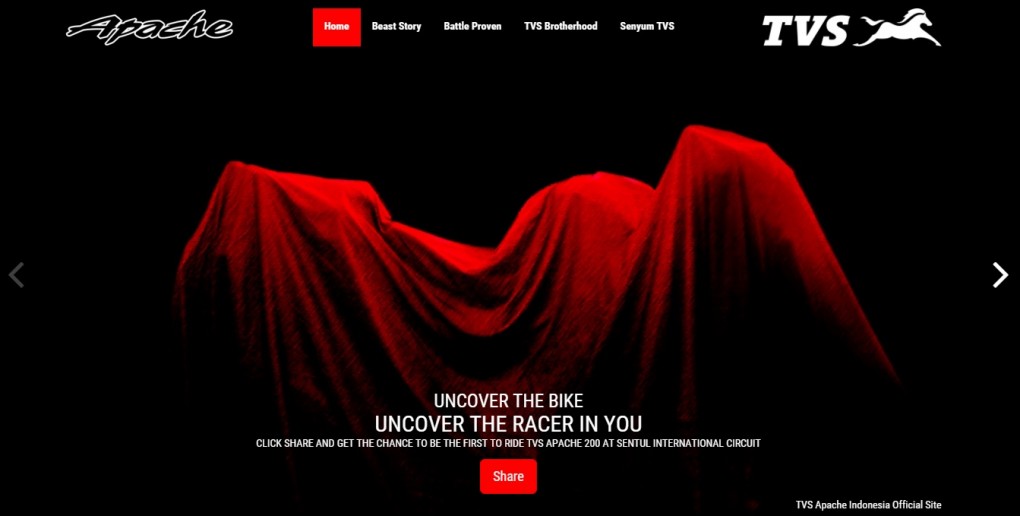 Adding spice to the curry is TVS’ collaboration with BMW Motorrad. Speaking of the Munich based brand, the cooling system of the Apache 200 is speculated to have been developed by the Germans (BTW it is oil cooled and not fully liquid cooled). (Check out list of 5 similarities between Draken & Apache 200).

Rumours are afloat that the bike will be more powerful than even the KTM Duke 200 which we believe will NOT be true. Going by what we see, Apache 200 will produce power output in the range of 21-24 PS and hence, will compete with Bajaj’s 200cc Pulsars. Borrowing certain design cues from the Draken concept the Apache 200 is a streetfighter and gets LED daytime running lights, split seats and a peculiar styled exhaust. 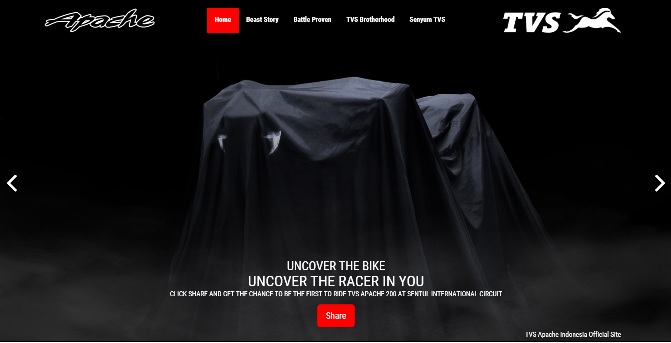 Apache 200 is coming late to the party and all eyes are on what TVS has to offer as a Pulsar 200 beater! We hope we have a cracker of a motorcycle in the making.. All the details pour in on 20-21st Jan. Stay tuned!