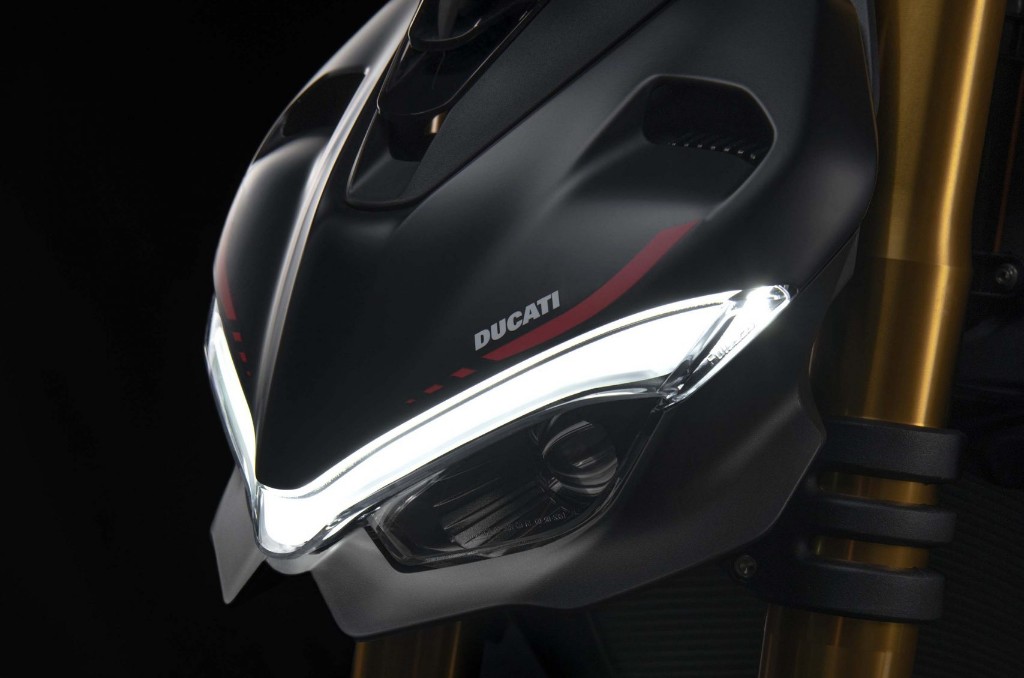 So, Ducati have brought their most powerful spec of Streetfighter naked motorcycle – Streetfighter V4 SP – to India and have launched it at a massive starting price.

The most powerful spec of Ducati Streetfighter has been launched in India at Rs. 34,99,000/- (ex-showroom, India).

The new Ducati Streetfighter V4 SP is being offered in only one paint scheme – Winter Test Livery – which is made up of Matte Black for the Fairing combined with Matte Carbon Finished Wings & Marchesini forger Magnesium Wheels.

The ‘SP’ moniker in the Streetfighter V4 SP stands for ‘Sport Production’, which the company explains – further improves the power-to-weight ratio of the new bike, compared to the Streetfighter V4 S model. This makes it even more powerful and a force to be reckoned with when it is unleashed at the track.

Powering the most powerful naked bike offered by Ducati is the 1103 cc, Desmosedici Stradale engine capable of putting out a tear-jerking 208 HP and 123 Nm of torque at 9,500 RPM. On the SP, the bike is equipped with an STM-EVO SBK dry clutch system which Ducati claims offer better ant-hopping function and greater fluidity in the off-throttle stages.

One point that is very important to highlight here is that the Streetfighter V4 SP is equivalent to the Panigale V4 SP supersport model from the Italian brand. Both the SP spec models are the most powerful versions of their respective categories which the company can develop at present.

Read all about the most powerful Panigale – Panigale V4 SP – here.