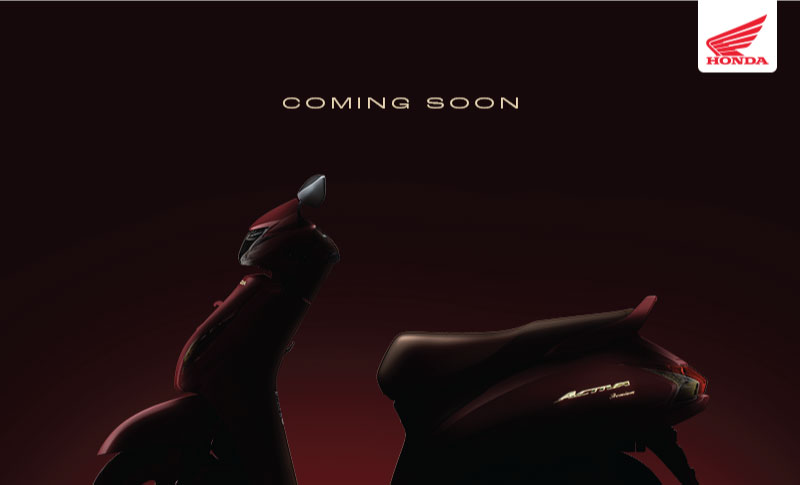 Activa Premium Edition will get new colors and additional features over the standard model. Launch is expected in the coming few days..

Honda has been teasing an Activa on its website and social channels. Quite naturally, it was believed to be the 7G – the next generation of the scooter that can be expected after the 6G that has completed two years in the country.

However, instead of that, the upcoming Activa will be a special edition prepared for the upcoming festive season. The Activa Premium Edition, as it is likely to be called as, dons the same silhouette of the existing model but will gain some new features.

We can notice at least one new green color that will be added to the palette. Aside that there is a small visor at the front and a body colored rear grab rail. There could be a possibility of the scoot getting some fresh graphics to spruce up things.

It will be interesting to see if the Activa Premium will get alloy wheels and more importantly, disc brakes or not. Rival 110cc scooters are gaining Bluetooth connectivity and will Honda also budge? This remains to be seen.

There won’t be any changes to the engine and other mechanicals for sure and expect a minor premium over the current scooter’s price of Rs 72,400 (Standard) and Rs 74,400 (Deluxe). It must be noted that Honda launched a Premium edition of its Activa 125 last year in December (pic above). Launch of the Activa Premium should be anytime soon.