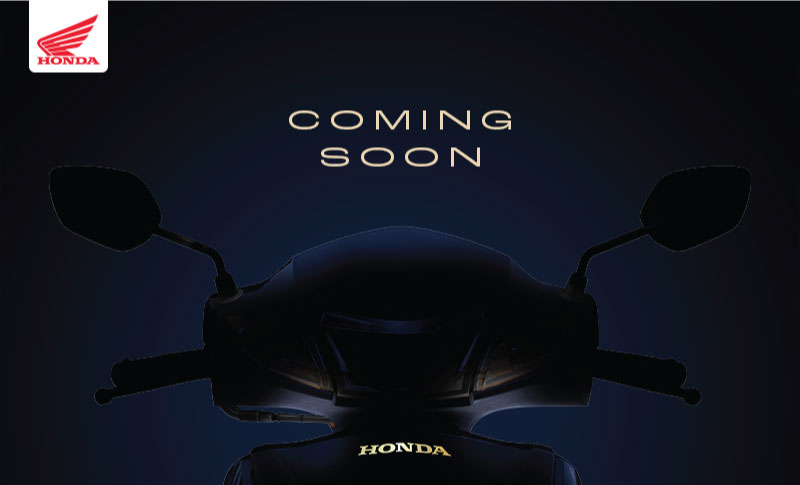 Activa 7G launch date could be anytime soon as the country’s largest selling scooter gets ready for a makeover. What changes do you want…?

To check out a few details of the newly launched CB300F, we went to Honda’s official website. Though we could not get what we wanted, we were greeted by a quick pop-up that had a blackened picture of the headlamp of a scooter with a tag that read ‘Coming Soon’. And without doubt that appears to be the ubiquitous Activa!

So, this, likely, is the teaser of the upcoming Activa 7G. Launched in January 2020, the 6th generation of Activa was the biggest change that the scooter received after its inception over two decades ago. In the process, it received a new engine, telescopic suspension and a whole lot of other stuff.

We do not expect the new Activa 7G to get as comprehensively updated this time, however, it will be interesting to see what changes will Honda bring to the table.

The headlamp and handlebar appear to be similar to the outgoing version but there may be a few niptucks here. We hope to get disc brake (as optional) apart from some features like full digital instrument cluster, Bluetooth connectivity among others that are now fast becoming a norm in the country.

For reference, the current Activa 6G is offered in two variants Standard and Deluxe that cost Rs 72,400 and Rs 74,400 ex-showroom Delhi.