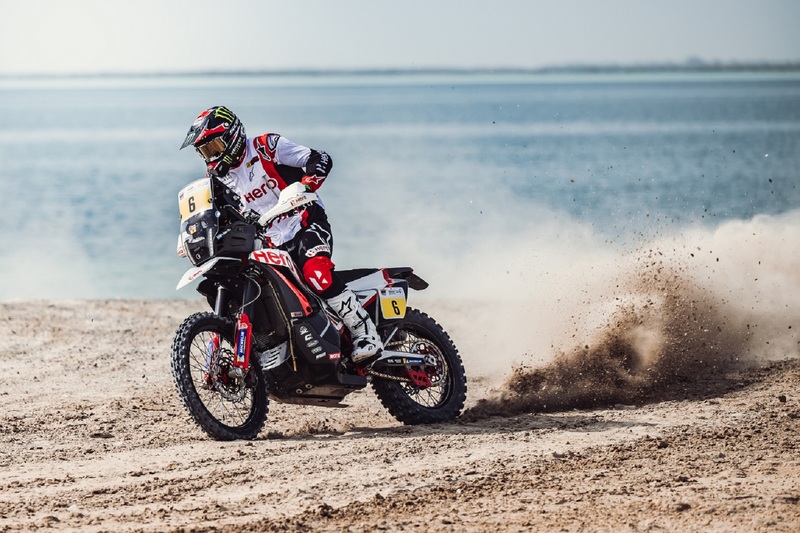 After Dakar’s successful venture, Hero MotoCorp has participated in the Abu Dhabi Desert Challenge that has commenced…

Back in January of 2022, Hero MotoSport Team Rally, the factory rally team of Hero Motocorp, achieved the unthinkable by winning a stage at the Rally Dakar 2022.

For the uninitiated, winning a stage at the Rally of Dakar is one of the crown jewels of the Rally-Raid world. The Dakar Rally is considered to be the ultimate proving ground for man and machine as nearly half of the participants do not even finish the event. Winning even a stage at this event is a testament to the capabilities and grit of the machine and the rider operating it.

Motivated by their stellar performance, the Hero MotoSport Team Rally have successfully commenced their campaign at the Abu Dhabi Desert Challenge (ADDC) 2022. The ADDC is the first rally event taking place under the newly formed FIA-FIM World Rally-Raid Championship.

After completion of the administrative checks and technical scrutiny on 4th March, the riders took to the start line for the Prologue stage on the next day. The prologue stage consisted of a short 2km sprint, starting from the Yas Marina Circuit, in order to determine the start order for Stage 1. Caimi, Branch and JRod finished the prologue stage at 4th, 5th and 6th positions respectively.

We are back again at Abu Dhabi, not long after the race here in last November. ADDC is now the second race of the year according to the calendar of the new World Rally-Raid Championship. We had a very productive week here in training and preparations with our three riders – Franco Caimi, Joaquim Rodrigues, and the new entry to the team, Ross Branch. The presence of Ross with us reinforces our position as a top rally team. We’re also much happy about Franco’s recovery and return to the team. We are still waiting for Sebastian Buhler to recover completely from his crash at ADDC last year.

The first official stage of the ADDC 2022 took place on Sunday, March 6th. The first stage was scheduled to take the riders on a 262 km route on the sands of Arabia.

The rally team will start from the Yas Marina Circuit in Abu Dhabi, and will end the day in the desert, at Hameem-Qasr Al Sarab.

We wish the Hero MotoSport Team Rally all the very best for their latest conquest. We will keep our eyes on their progress and hope for a repeat of their Dakar success at the ADDC 2022 as well…