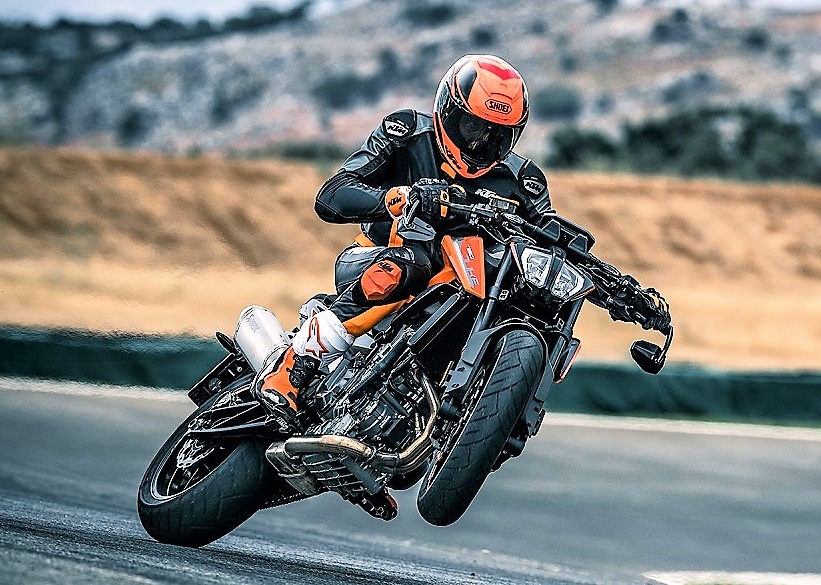 790 Duke launch date has finally been revealed by the company and with this KTM is venturing into the middle-weight segment, in style!

After delaying it for unknown reasons, KTM has finally announced the launch date of what they call is the “most exciting and awaited new KTM motorcycle”.

After a number of spy shots and the official brochure went viral over the internet, it is almost a certainty that KTM will launch the 790 Duke in India on this day – which will be its most powerful motorcycle in the country. Last month, a unit of the 790 Duke was spotted in Bangalore with an India spec saree guard which, kind of, confirmed KTM’s intents. The other possibility – 390 Adventure, appears to be still a few weeks away, at least!

Unlike the existing KTMs which are completely made in India, 790 Duke will be imported in the CKD (completely knocked down units) form and it will be assembled at Bajaj’s plant. The new Duke 790 will not go on sale at all dealerships and will only be available at premium dealerships.

Powering the middleweight 790 Duke is the newly developed 799 cc, 8 valve, liquid-cooled parallel-twin engine. The international spec produces 106 PS and 87 Nm of torque and it comes with a 6-speed gearbox with a two-way quickshifter. It gets upside-down forks upfront and a pre-load monoshock at the rear. Braking is via dual 300 mm disc at front with 4 piston calipers and 240 mm disc at the rear with 2 piston calipers.

The motorcycle gets four riding modes – Sport, Street, Rain and Track. Traction control, Motor Slip Regulation, SuperMoto Mode, Motorcycle Stability Control, etc are some of the prominent features the motorcycle will be equipped with.

The first batch of KTM 790 Duke will probably be BS IV compliant and since it will be a CKD model, prices are not expected to be as aggressive as its localised models. We estimate it to adorn a sticker price of around Rs 8 Lakh ex-showroom. 790 Duke will compete with Ducati Monster 821, Kawasaki Z900, Triumph Street Triple RS and Suzuki GSX-S750 (read review).

With KTM venturing into the middleweight segment a little late, will 790 Duke have an added advantage of wider reach? More importantly, will KTM reveal some sneaks into the 390 ADV and/or Husqvarna?