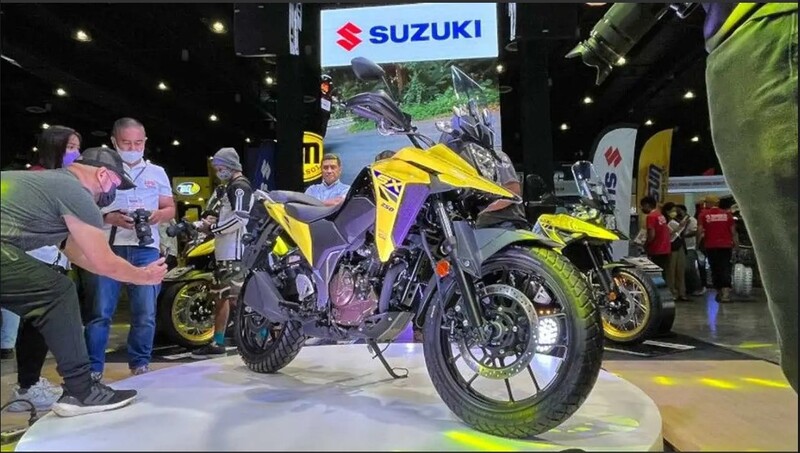 So, after launching first in the Indian market back in April 2022, Suzuki have taken their latest V-Strom SX 250 sports-tourer and have launched it in the Philippines market.

The Suzuki V-Strom SX 250 is the same model that has received a positive response from the Indian biking community. It is not the twin-cylinder V-Strom 250 which some overseas markets have on sale.

The bookings for the 2023 V-Strom SX 250 have begun in the Philippines market with the deliveries scheduled to commence from the first quarter of 2023 (January – March 2023).

As mentioned before, the Philippine market has received the same spec V-Strom SX 250 model as we have in India. The design of the motorcycle is heavily inspired by the bigger V-Strom 650 XT and small design cues from the bigger V-Strom 1000. This means it sports a tall stance and a slimmer mid-section to facilitate a better grip of the bike using the rider’s legs.

Furthermore, it though is a sports-tourer machine, it is offered with multiple adventure-centric elements like knuckle guards, a tall windscreen, and a rear luggage rack as standard. On the features list, the V-Strom is generously equipped with an LCD dash, Bluetooth connectivity, an LED headlamp and tail-lamp, and a USB charger.

Hardware-wise, It is powered by a 249 cc, oil-cooled, single-cylinder engine that has real punch in the mid-revs and is impressively refined. It boasts  26 HP and 22.2 Nm of peak torque and comes mated to a 6-speed gearbox. It rides on a 19-17-inch alloy wheel combination covered with block-pattern tyres and is suspended on conventional telescopic forks and a monoshock. Braking, meanwhile, is taken care of by a single disc at both ends aided by ABS as standard.