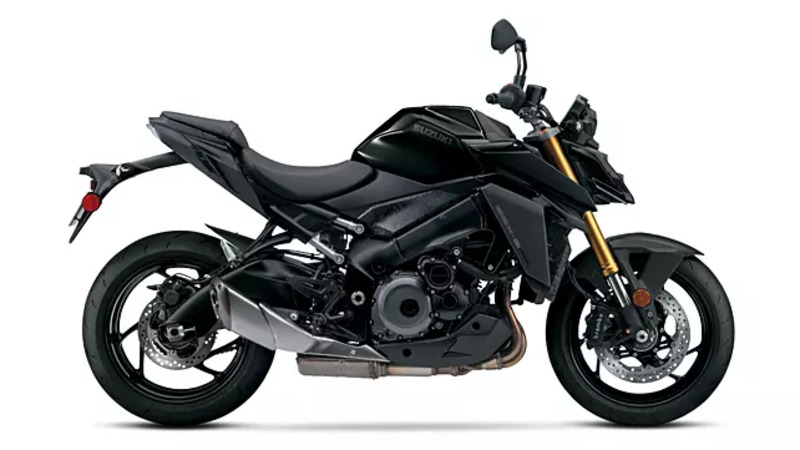 2023 Suzuki GSX-S1000 comes with a new shade of Black that joins the existing MotoGP based colour scheme.. Nothing else changed…

So, alongside unveiling the 2023 version of their V-Strom 650 ADV variants and GSX-R1000R flagship supersport model, Suzuki have also unveiled their flagship naked model globally – 2023 Suzuki GSX-S1000.

For the 2023 iterations, The GSX-S1000 naked has received no change in its overall design. It continues to sport its iconic aggressive styling that consists of a vertically-stacked LED headlight unit, body-coloured headlight cowl and a pair of MotoGP-inspired winglets protruding from the radiator shrouds. It also retains a muscular fuel tank, split seat arrangement and a sharp-looking short-length exhaust canister.

The Suzuki’s flagship naked is built around an Aluminium Twin-Spar Frame and a unique superbike-braced swingarm. Other hardware componentry includes a fully-adjustable USD KYB front fork and rear monoshock setup, twin-discs with Brembo callipers at the front, a single-rotor with Nissin calliper at the rear, and a cast-aluminium handlebar.

Finally, the Indian launch details of the 2023 Suzuki GSX-S1000 are not officially launched by Suzuki, and it is unlikely to make it to our shores in the near future.