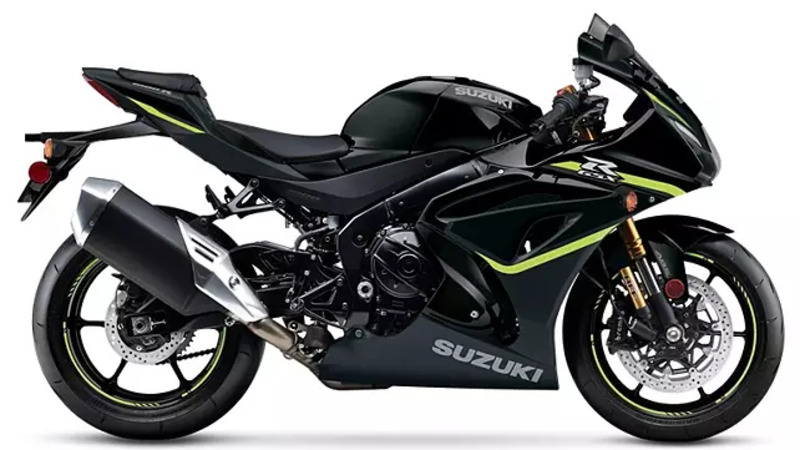 So, alongside lifting the covers off the 2023 version of their popular V-Strom 650 ADV. Suzuki have globally unveiled their updated flagship supersport – 2023 Suzuki GSX-R1000R.

The most significant change brought to the latest iteration of the Suzuki supersport flagship is the introduction of 2 really eye-catching paint schemes. The first of the paint scheme is called  Pearl Brilliant White with Stellar Blue which is a combination of Pearl White base colour accented by Suzuki’s iconic Blue shade which gives the supersport a distinctive look & feel.

The second colour option has been aptly named Matte Black with Glass Sparkle Black which has been accented by the use of Neon Green colour. This paint combination gives the Gixxer a very stealthy look, broken only by the Neon Green stripes painted on the side of the fairing at the tail section.

Other than the new visual appeal, the 2023 GSX-R1000R remains untouched mechanically & aesthetically. It continues to be powered by a 999cc, inline-four motor and still gets brimmed to the top with the latest tech & features.

The new updated Suzuki GSX-R1000R rivals the flagship models of other competing brands such as the BMW S1000RR, Honda CBR1000RR-R Fireblade and the Kawasaki Ninja ZX-10R.

As per the plans for the Indian launch, we expect the 2023 Suzuki GSX-R1000R could make its debut either by the end of the year or by early next year.