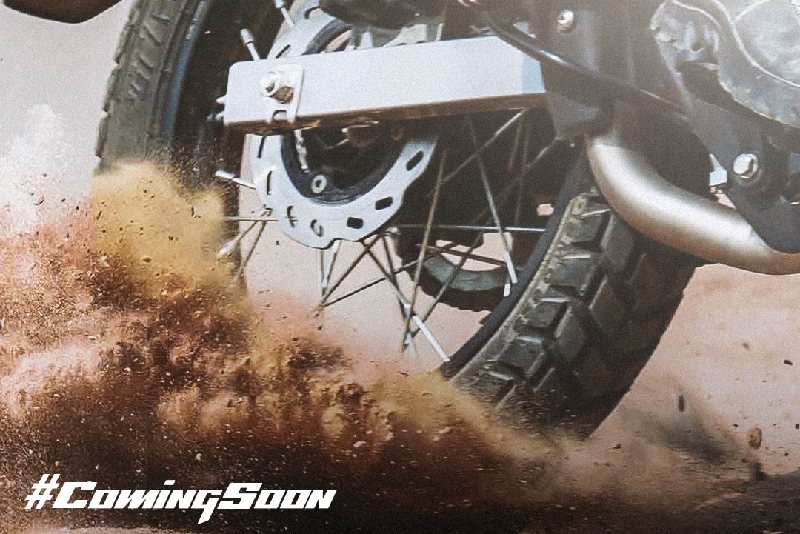 2022 Xpulse power figures are not revealed yet. It will also churn higher torque going by the teasers Hero has shared..

Xpulse 200 is one of the most exciting motorcycles under that 1.50 lac mark. After almost eternity Hero has a product that pleases enthusiasts. There is only one thing that mars its prospects – and that is power, rather the lack of it. And that is precisely what Hero intends to plug.

Through various spy pics that have emerged during the recent days, it is well known that the country’s largest 2-wheeler maker is preparing an updated 2022 Xpulse 200. This new Adventure motorcycle will get 4-valves that was signified by ‘4V’ stickers on the test mules. This immediately hinted at a (slightly) more powerful motorcycle.

And before the motorcycle gets official, the company has confirmed that it has tweaked the engine and it will produce more power. Check this teaser – it clearly reads – Made for More Power.

Well, if that did not bring a smile to your face, the following teaser will…

Re-invented with more power, re-made to give you more torque. Get ready to launch into the adventure.

That means we can also expect a wee bit more torque in the motorcycle, along with a few more ADV traits.

If the Xpulse gets a bit of firepower, it will be one lovely motorcycle for bikers who love to enjoy muds and off-roads, at the same time be quicker to reach there.

Meanwhile, you can watch the review of its indirect rival below…