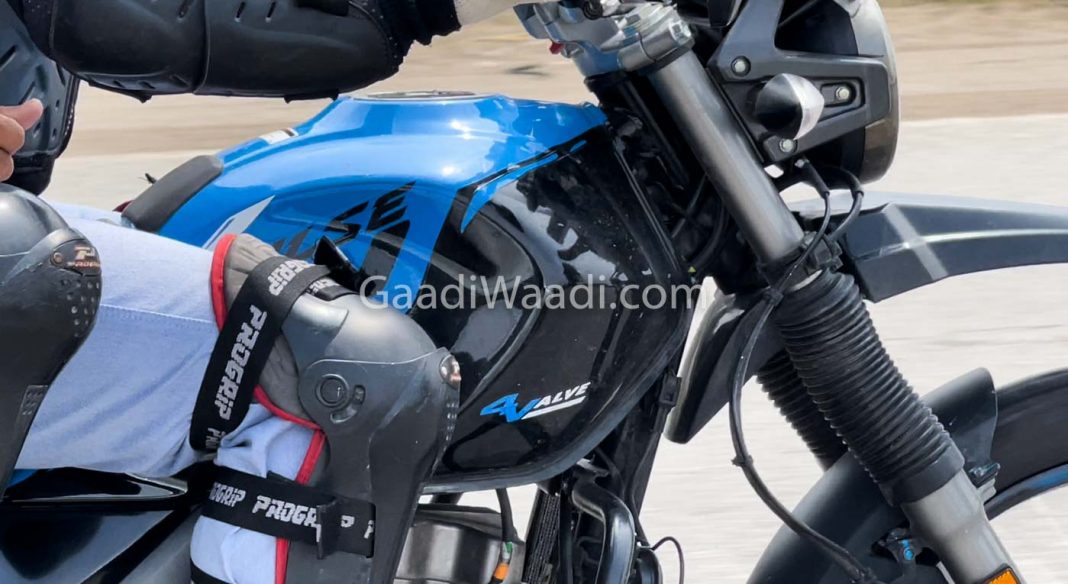 2022 Xpulse launch may be very soon looking at the mule. There are hints that it may get higher power in this update…

Hero MotoCorp has understood that it is the Xpulse 200 ADV that has clicked from its premium portfolio. And it is keeping it on the boil.

After the maker introduced oil-cooling in its BS6 version, there is a new updated model that has been snapped testing. The 2022 Xpulse 200 test mule is carrying a ‘4 Valve‘ sticker on the tank that clears the one big change that the motorcycle will get.

This also suggests that Hero will tinker with the engine and there is a possibility that it may get a Dual Overhead Camshaft. A motor with 4-valve head is relatively complex to make (as compared to a 2-valve engine), but it allows more airflow and efficient combustion of fuel. This may also increase the motor’s power.

Another difference is that blue color that this test mule is running on. Currently, there is no blue color in the palette and high possibility of the upcoming model getting a completely new color set.

The motorcycle looks almost production ready with all the decals on and we get the feeling that Hero may have lined this up for a launch in this festive season. Interesting, as it gets…