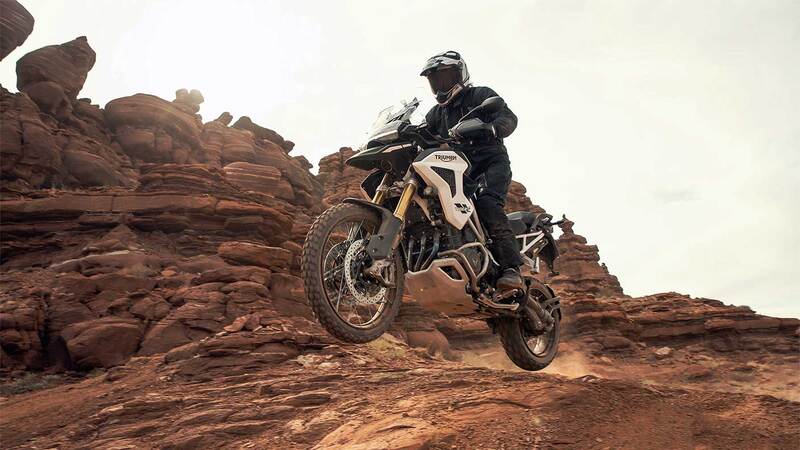 Triumph Tiger 1200 Range is the flagship ADV of the Triumph brand… It might cost around Rs. 17 Lakh – Rs. 20 Lakh when launched…

So, we have been reporting consistently on the arrival of the flagship motorcycle range from Triumph – Tiger 1200 – for a while now.

It started in mid-March with listing the name and the offered accessories for the upcoming Triumph Tiger 1200 range on the official Indian website. And then since April-end, Triumph India have been teasing the flagship Tiger 1200 range by either  showcasing various features of the upcoming ADV or by sharing the visuals of the bike tackling various terrain.

Once again, taking to their social media, Triumph India have revealed the launch date of their flagship model – Tiger 1200.

The new Triumph Tiger 1200 is making its way to our shores now, but a lot is about it already since its global launch in December 2021.

The Tiger 1200 is offered in two variants – Rally and GT. The GT variant is a road-biased version which is designed for touring while the Rally variant is designed for off-road excursions. There is one additional ‘Explorer’ version for both variants which offers an increased fuel capacity of 30 L.

The GT version rides on 19” front and 18’ rear alloy wheels coupled to a comparatively shorter suspension travel than the Rally variant. The off-road biased Rally version gets a longer travel suspension connected to 21” front and 18” rear wheels with a cross-spoke design as standard.

The mechanical underpinnings are absolutely identical on both variants. The Tiger 1200 range is powered by Euro5-compliant, 1,160 cc, inline-three cylinder, liquid-cooled engine which produces 147 BHP at 9,000 RPM and 130 Nm of torque at 7,000 RPM.

Once it officially arrives in our market, it will compete with the likes of Ducati Multistrada V4 and BMW R1250 GS. It is expected that the 2022 Triumph Tiger 1200 range will be priced around Rs. 17 Lakh – Rs. 20 Lakh (ex-showroom).