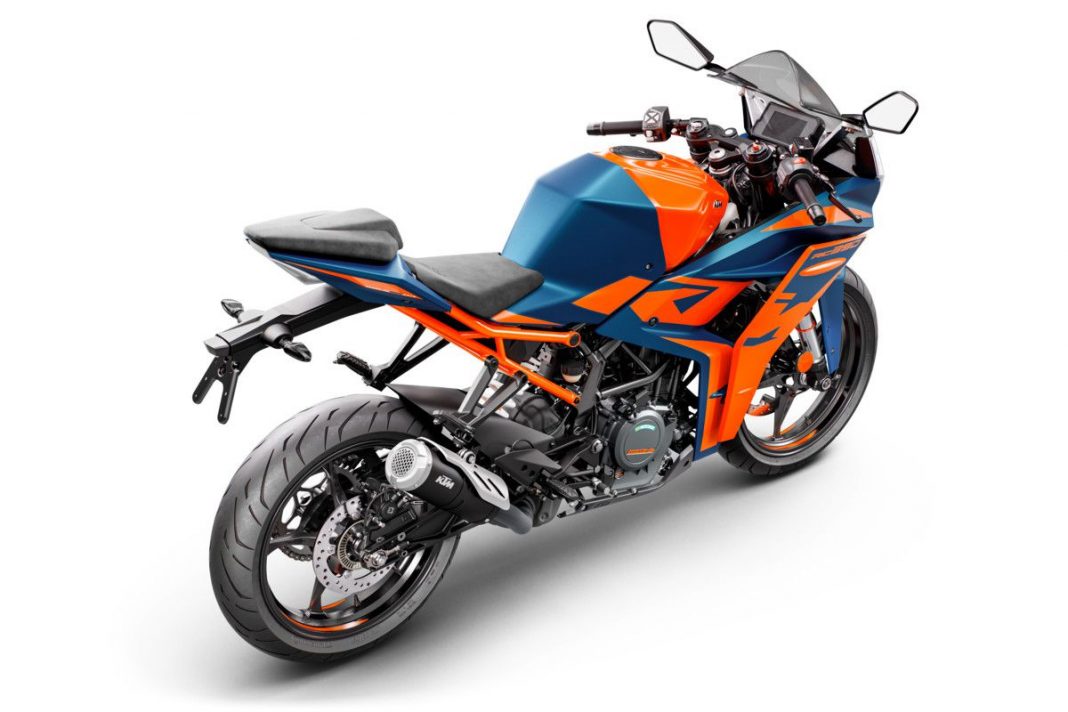 2022 KTM RC390 now gets into a completely new generation and comes with exhaustive changes – both to its styling as well as features and mechanicals..

We have been seeing glimpses of the 2022 KTM RC 390 through spy shots. But now, the motorcycle has been unveiled for the whole world officially. Let’s take a quick look at what all has changed in the new generation RC390 in this story.

The entire face has gone through a major makeover. The mini-supersport now gets a very sober front. In place of the hooligan look of the older model, the new RC390 now comes with single LED headlamp.

This could be the most risky move from KTM and it will be interesting to see how fans and prospect buyers react to it.

The side fairing has also been redesigned. Instead of a singular fairing body, you will see the spacing between fairing that will allow smoother airflow. It will result in better handling at higher speeds. The tail end has also been tweaked.

Utility changes come in the form of a bigger 13.7 liter fuel tank which is a big relief from the tiny 9.5 liter capacity of the current model. There is a new bolt-on sub-frame that offers better pillion support – and with that seat things should be relatively more comfortable for people sitting on it. The overall frame is now lighter as well and so are the wheels.

Speaking of the engine you get the same 373cc engine delivering 43 bhp of power and 37 Nm of torque, however, it has been tweaked for better rideability.

The single-cylinder bike has stepped up to adjustable 43 mm WP Apex forks with rebound damping and also gets the adjustable Apex shock absorber with preload and rebound.

The Austrian sports bike gets a colored TFT instrument panel that supports call connectivity, music and various other features and all of that can be controlled from the switchgear on the handlebar.

Now that the motorcycle has made its official debut, its Indian launch should happen in the coming few weeks. Expect a fair bit of price increase on the model though…