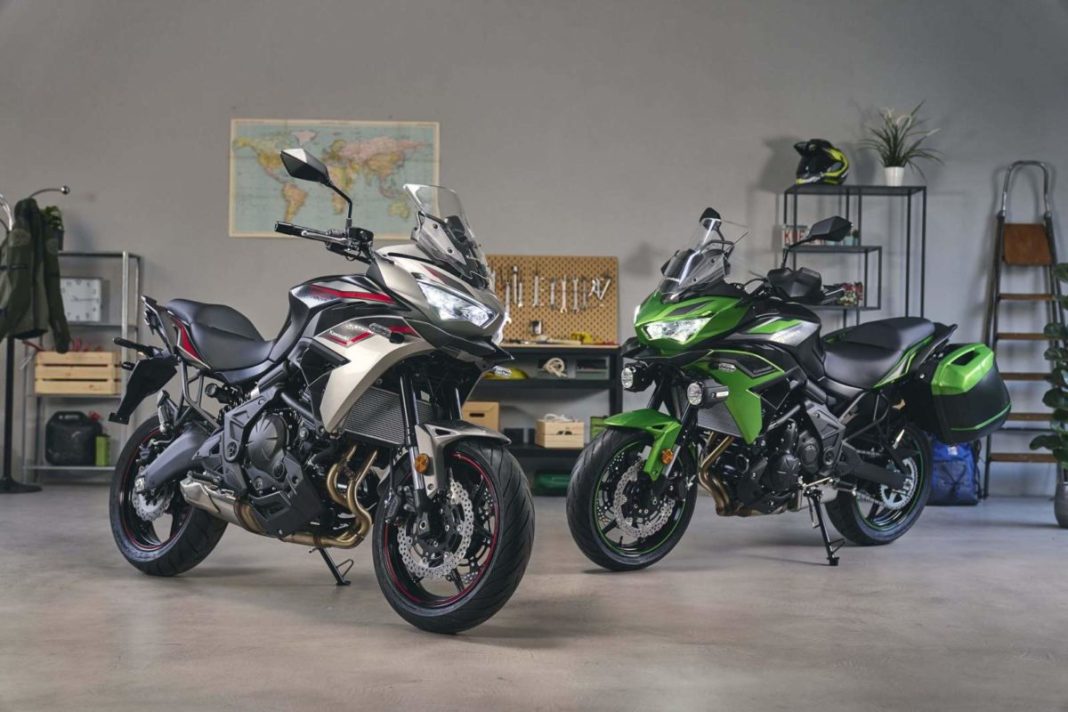 2022 Versys 650 launch in India will likely place by the end of this month. It could be offered in two packs from the company…

So, According to latest reports, Kawasaki India is planning to launch their updated 2022 Kawasaki Versys 650 by the end of this month (June 2022).

For the past few weeks, the dealerships have been trying to clear out the previous generation inventory, just to make space for the new updated model to occupy the floor space in its full glory.

The Kawasaki ‘Versatile System’ or Versys 650 is their globally popular & much-loved Sports-Touring machine, and middleweight offering sitting below the big brother Versys 1000 model.

The 2022 version of Kawasaki Versys 650 made its debut back in November 2021, at the EICMA 2021 global showcase event. Since then, it has been a long wait to see this model enter our market, where it was the 3rd most selling motorcycle in the premium segment.

At a first glance, the design-inspiration from its bigger Versys 1000 sibling is undeniable. Another design cue is the 4-way adjustable screen mounted over the large front cowling housing the new LED headlights and blinkers, which again reminds us of the 1000cc sibling.

In the 2022 Versys 650, Kawasaki have finally introduced their popular Kawasaki Traction Control System (KTRC) with 2-level selection and the option of switching it either on or off. With this, it becomes the company’s first middleweight tourer to get this tech.

Yet, the most important update Kawasaki have brought to the updated sports-tourer is the addition of Euro- 5 compliant engine, which makes it eligible to fulfil the Indian BS-VI requirements as well.

The new Euro-5/BS-VI compliant 649 cc parallel-twin engine (also found in Kawasaki Z650 and Kawasaki Z650RS) produces 66 HP of power and 61 Nm of torque. It rides on a steel frame with Showa long-travel suspension carried over from the previous generation.

The new Versys 650 will probably be offered in two packs – the Tourer pack gets factory fitted panniers while the Grand Tourer pack gets panniers & top-box along with fog-lights, power outlet and GPS bracket fitted as standard.

The most direct rival to the new Versys 650 will be the recently launched Triumph Tiger Sport 660 which again is a sports-touring machine.