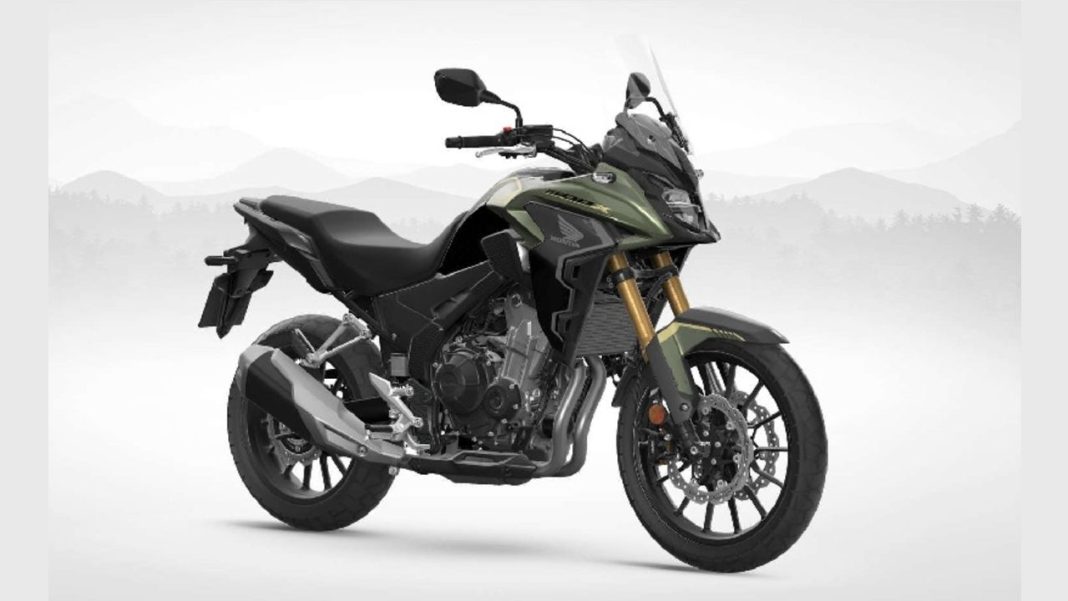 The 2022 Honda CB500X gets many useful updates that include a new shade, suspension, dual disc brakes, lighter materials, etc…

Honda have unveiled the 2022 version of CB500X. The mid-size ADV has received a new colour called Pearl Organic Green/Black. Other than that there are a few other updates as well.

Honda have equipped the 2022 CB500X with non-adjustable 41 mm Showa SFF-BP USD forks. The previous generation came with standard telescopic shocks. This update will hopefully result in better rideability and handling in the rough terrain as well as smooth tarmac.

Honda have brought a new 100 gm lighter front wheel along with a new front braking setup. The previous single disc setup has been swapped with a 296 mm Nissin dual-disc setup. Rounding off the changes is the addition of a new 1 kg lighter rear swingarm which will, hopefully, further improve the handling of the ADV.

It is expected that the new 2022 Honda CB500X will be launched in India this year. And that could be one of the reasons the current version has received a massive price slash of over 1 Lakh (details)…