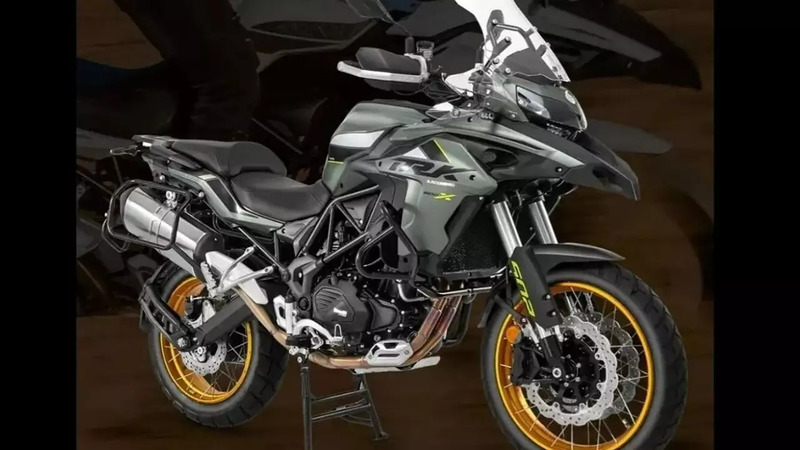 2022 Benelli TRK502X launch can be expected in India later this year. The ADV is now over 3 kilos lighter and gets many new features which makes it a formidable rival in the mid-segment…

So, Italian brand Benelli, owned by Chinese Qianjiang Group, have unveiled the updated TRK 502X in China and have made the ADV lighter in its new avatar.

The biggest change brought to the updated TRK 502X model is that it now weighs 3.6 kg less than the previous version. This has been achieved by switching the rear swingarm construction from heavier Steel to much lighter & robust Aluminium Alloy.

In other changes, Benelli have introduced & improved switchgears which will make controlling the instrumentation and feel of the buttons much better.

Furthermore, Benelli have equipped the ADV with spoked-rims that can be used tubeless, a full-colour TFT dash, tyre pressure sensor and heated grips bringing the bike closer in competition to its premium rivals.

Other than these changes, the ADV remains very similar to the previous version, which is sold in our country currently.

The current model TRK 502X is powered by a 500 cc, parallel twin-cylinder engine which is BS-VI compliant. It produces 47.5 PS of peak power at 8,500 RPM and 46 Nm of torque at 6,000 RPM. It utilises a 6-speed gearbox equipped with a wet multi-plate clutch system.

It is expected that the 2022 Benelli TRK 502X will make its debut in our country later in the year, alongside being introduced in the American and European market. Recently, the asking price of TRK 502X has been increased by the company, so it is highly likely that the new update will be priced at Rs. 5.79 Lakh (ex-showroom).