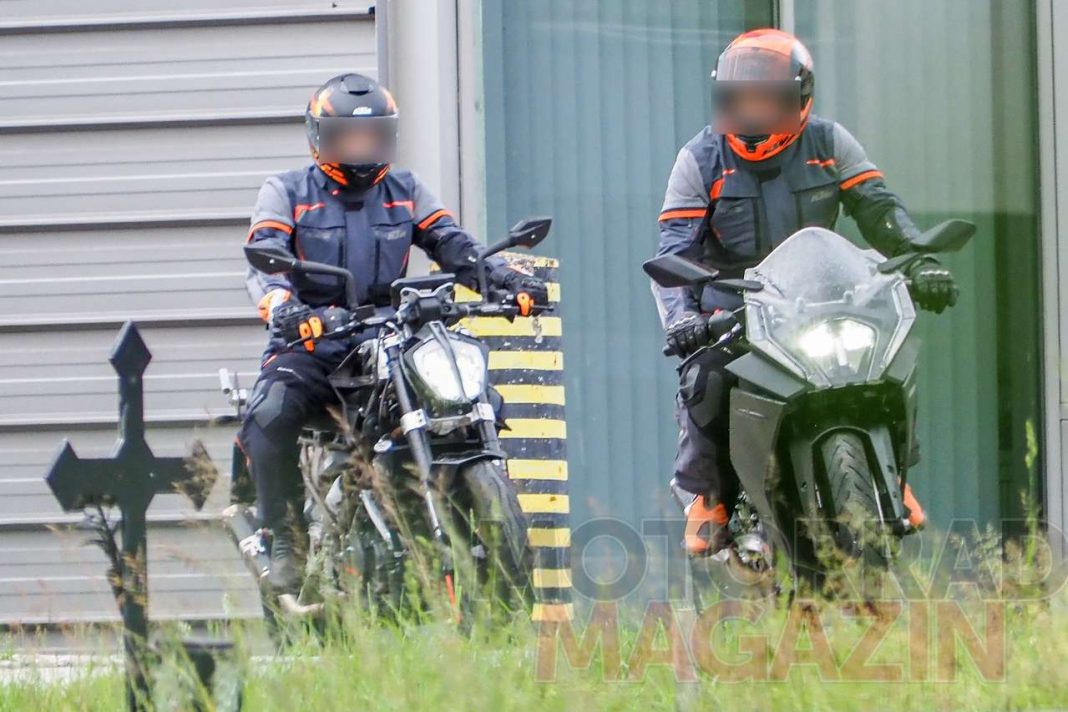 2021 RC390 spy pics have emerged suggesting that it is moving closer to production. This a more complete mule than the previous spottings…

KTM has always prioritized the Duke range over the corresponding full-faired supersports RCs. The simple reason for that is the fact that the Dukes are more versatile in usage and obviously have a larger fanbase, which infers higher sales!

Now, as the Duke is about to move to a newer generation (it has already been spied testing), the RC390 will also get updated. If you remember, it (the RC) hasn’t received most of the current generation updates of the Duke 390 like the TFT cluster, new styling, etc.

These latest spy pics of the 2021 RC390 come from Austria where it is currently under tests. The first bit that catches our attention is that Duke 390-like headlamp design. This is big departure from the current, aggressive twin-pod headlamp design. This, along with that fairing lends it a much more sober styling. I would say that the motorcycle may lose its (styling) hooliganism if this is what will be the final product!

The seating posture also looks relatively relaxed from the current model. Then there is that front disc which looks bigger. Upon zooming in the motorcycle appears to be running with the expected TFT screen – it may be a direct lift from the current 390 Duke. The main frame as well as the sub-frame are also new.

Big chances of the new RC390 gaining Euro 5 compliance. The 373cc engine is expected go through the emission norm related changes apart from other ride-related tweaks. However, power and torque numbers are expected to remain largely unchanged. The new RC390 may get unveiled towards the end of this year and we may get it by next year.