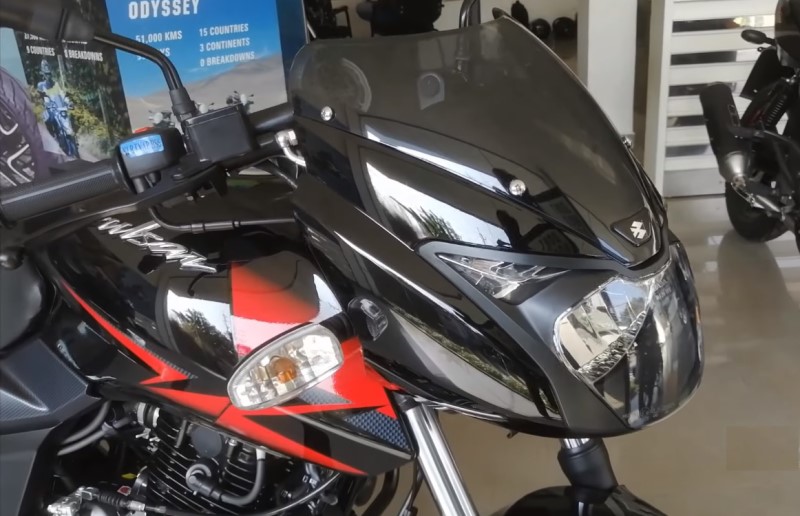 2021 Pulsar 180 is making a comeback after being absent from the market for almost a year. It will join new rivals like Hornet 180 & Apache 200 Single ABS…

Like the game of hide and seek, Bajaj has brought the naked Pulsar 180 back in the market. And that is because of the big gaps that have been created due to the massive price hikes on motorcycles – that have resulted in the widening of the segments.

The naked Pulsar 180 was discontinued from the market around April last year when its place was taken by the semi-faired Pulsar 180F. However, after a few murmurs, a fresh spotting of the motorcycle confirms Bajaj’s intents.

The new naked Pulsar 180 looks very similar to the older model and will carry the same 178.6cc, air-cooled, BS6 compliant engine from the 180F. It produces 17.02 PS at 8500 rpm and 14.52 Nm at 6500 rpm. The saving grace here would be the lesser weight that the naked 180 will come with – that should improve performance and fuel efficiency.

While you may miss out on the big-bike looks with that half-fairing along with those projectors, but you will save a lot on the pricing. According to the source, the naked Pulsar 180 is priced at Rs 1.05 Lakh which means it is cheaper than the 180F by almost Rs 9000-10,000.

From the Pulsar 150 twin disc, it is just a few hundred rupees costlier which means it may impact that model. But then Bajaj may discontinue it to offer this complete space to the 180! It appears that the introduction of the Hornet 180 and Apache 200 with Supermoto ABS have impacted Bajaj here and this could be a response to that.

Now that the model has already started reaching dealerships, we hope to hear officially on it from the company soon.