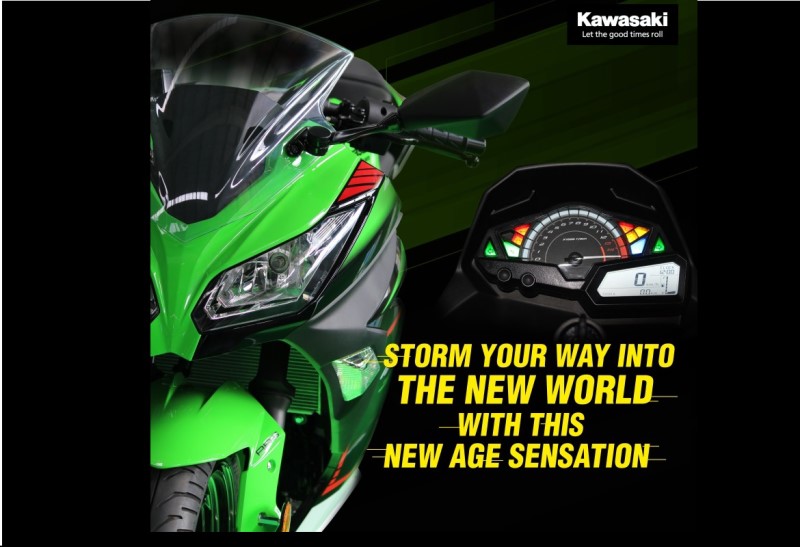 Most BS6 motorcycles have seen drops in figures, let us talk 2021 Ninja 300 BS6 power ratings that were recently put up on social channels…

Kawasaki is revealing information on its upcoming Ninja 300 – which is the company’s largest selling motorcycle, in bits and pieces. It all started with few teasers, followed by the revelation of the model in one color. A day later, two more shades of the model were revealed.

Then, it showed us the headlamps – which are still halogens (and not LEDs) and the instrument cluster as well which also appears to have been carried over.

In a latest, the Japanese motorcycle maker has revealed the power output of the updated Ninja 300. In general, most of the models which have transitioned from BS4 to BS6, they have experienced drop in powers. However, Kawasaki is highlighting the fact that it has managed to arrest any fall in the power numbers of the model. Which means that the updated Ninja 300 continues to produce the same 39 PS of peak power. Max rpm and torque numbers are still under wraps.

So, as you can see, not a lot has changed on the Ninja 300 BS6 which means Kawasaki has played it safe by not tinkering with the tried and tested formula. This is in an earnest hope that we see a stonker of a price tag for this twin cylinder, extremely sorted motorcycle. Launch, as we see, is in the coming few days.