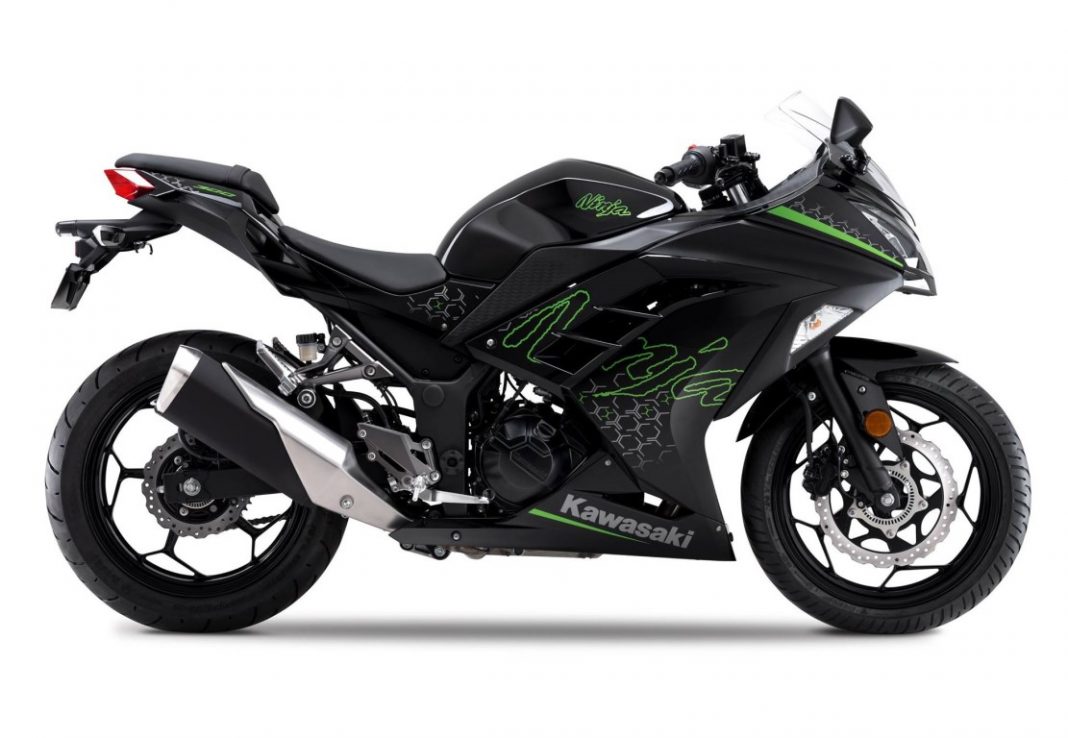 2021 Ninja 300 BS6 colors revealed by Kawasaki. A total of three have been disclosed and at least two of them look fresher. Have a look…

It is 2021 and after a brief gap, Kawasaki is back with its highest selling motorcycle in the country – the Ninja 300. Since this version of Ninja 300 has been discontinued globally, it took the Indian arm to upgrade it to Bharat Stage 6 emission norms (roughly equivalent to Euro 5) specifically for our market.

But now the wait is over and the company officially revealed the 2021 Ninja on 23rd February. A day later, it has dropped two more pics of the model – in two new colors. One of them is the black color with neon green strips and ‘Ninja’ branding on the fairing. The other shade is the dual tone green and black combo.

Candy Plasma Blue and Metallic Moondust Grey shades of the BS4 Ninja have probably been discontinued from the lineup.

Talking about other changes, we don’t see many. Kawasaki is probably playing it safe and focus appears to be the eventual price tag. If the company can manage to surprise us with a price drop, as has been speculated, we are sure it would find many takers considering the fact that single cylinder 390 KTMs have reached similar ballparks. Even if Kawasaki manages to tag it around Rs 3 Lakh – its older price, there should be a fairly good response.

However, if prices increase significantly, with BS6 upgrade, bikers may be disappointed considering that there aren’t many changes that are visible. Anyways, let us wait to hear Kawasaki’s official announcement and strategy with the most popular Ninja. It should be here in the coming few days…