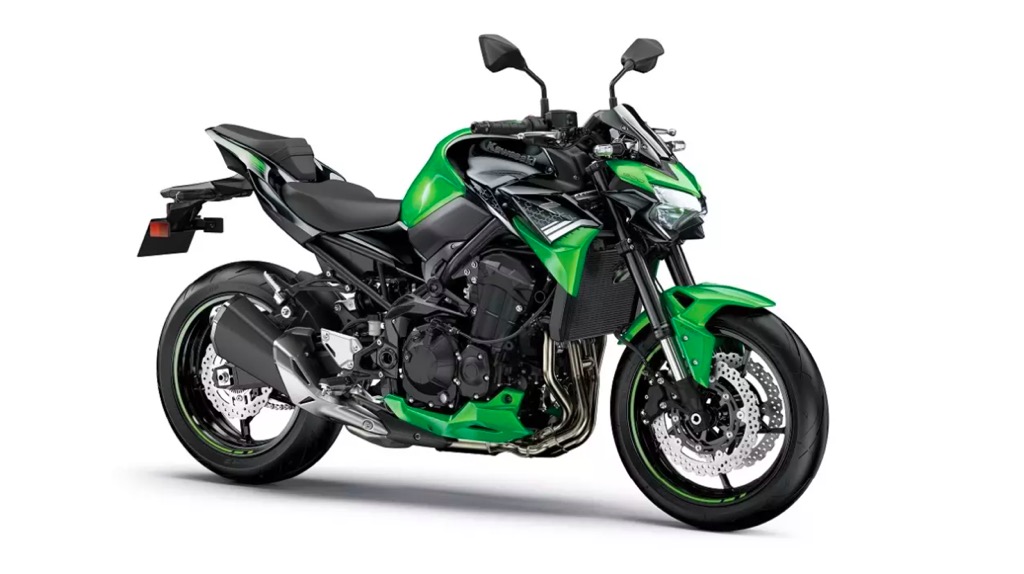 New Z900 BS6 price is unchanged from the last BS4 model that was introduced in February 2020. It gets many updates…

Kawasaki has officially announced the launch of the 2021 Z900 in India. It is now Euro 5 compliant which is roughly equivalent to our Bharat Stage 6 emission norms.

The new model gets minor changes to the design – like the updated LED headlamp, tank extension, etc. It continues to be powered by the same liquid cooled, inline four cylinder, 948cc, DOHC 16 valve engine which produces 125 PS of peak power at 9500 rpm and 98.6 Nm of max torque at 7700 rpm. This means that Kawasaki has managed to arrest any fall in these numbers in this Euro 5 transition.

The big update is the introduction of 3-level Kawasaki Traction Control (KTRC) along with riding modes. Kawasaki says the company has also worked on the 2021 Z900’s suspension settings and it also comes with a stronger frame.

Apart from a 4.3 inch TFT color instrumentation, there is the smartphone compatibility via the Rideology app. It also comes with Dunlop Sportsmax Roadsport 2 tyres.

How About a Naked ZX-25R? Imaginative Render Pics Emerge

The new model continues with an unchanged price tag despite all the updates.

The new model will be available in two colors – Metallic Graphite Grey and Candy Lime Green.