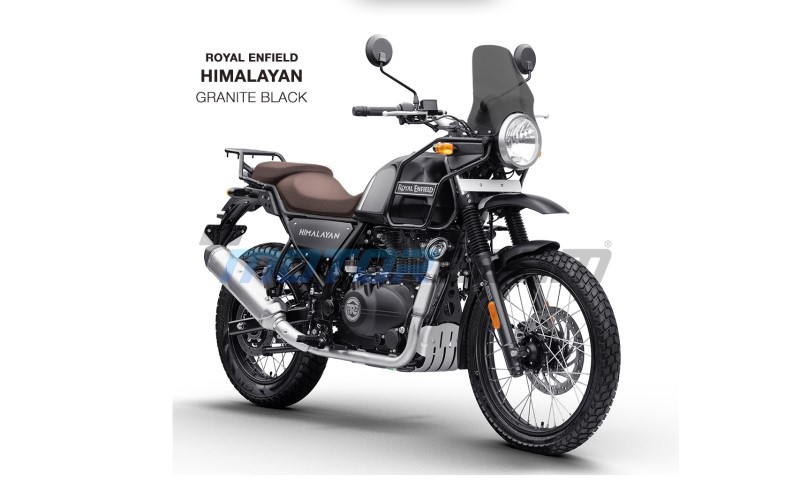 2021 Himalayan launch could just be a few days away. Apart from new shades, it is also expected to come with new features….

After being spotted on tests many times, we have got our hands on the official images of the upcoming 2021 Royal Enfield Himalayan. The motorcycle is expected to be launched in the coming days.

The new Himalayan comes with a slew of updates, including three new color options. The bike, which is the only adventure model from Royal Enfield, will add Granite Black, Mirage Silver, and the most interesting Pine Green to its color palette. Apart from that, only Gravel Grey, Lake Blue, and Rock Red colors have been retained, among the existing shades. That means Sleet Grey, Snow White and current Granite Black themes may get discontinued.

According to the report, Royal Enfield has also worked on the comfort levels of the ADV. It now gets a taller windscreen to divert the air over the rider’s helmet, and it is tinted, too. This new windscreen is said to reduce rider fatigue.

The seat of the motorcycle now gets brown shade, and is made up of high-density foam for better comfort. It also gets a redesigned front rack for less knee interference. At the rear, it now gets a sturdier carrier with a flat surface metal plate with more luggage carrying space.

However, the biggest change that the bike now gets is a new tripper navigation system, which is powered by Google Maps, that debuted on the Meteor 350. For an adventure application motorcycle like Himalayan, this comes as a nice and must-have addition.

In terms of mechanicals, the new Himalayan will retain its 411 cc long stroke engine but we would really love to have some more juice this time! For reference, the current model churns, a maximum power of 24.1 bhp and a peak torque of 32 Nm.