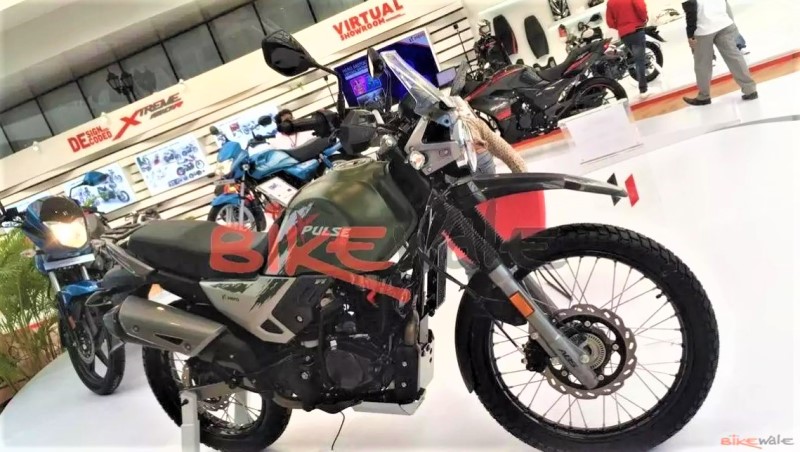 Xpulse BS6 launch is just a few days away as these spy pics ascertain. The new motorcycle is getting an interesting update…

So, a lot is happening at Hero’s boardrooms and it has clearly identified its Xpulse 200 as the torchbearer in the 200cc space – out of all the four models that are on sale at the moment. The reason is also pretty clear – it has got the maximum attention and probably the highest sales as well.

In its pursuit towards the transition to Bharat Stage 6 emission norms, Hero is going to lend the ADV a major change.

Spy pics of the 2020 Xpulse BS6 have surfaced online which reveal the motorcycle. Upfront you will not notice many changes but if you dig deep you will see that it gets an oil cooler for more efficient cooling (the BS4 engine doesn’t get this feature). We have seen Hero Karizma sporting this tech earlier.

The engine remains air cooled but the engine oil goes through an oil cooler (which gets cooled through air). And this relatively ‘cooler’ engine oil flows back into the engine running the motor at a lesser temperature.

Apart from this, the new Xpulse has a new larger bash plate which must have been changed based on the feedback Hero must have received. Along with this, the exhaust pipe is also rerouted to fit a larger catalytic converter.

There are no power and torque numbers but considering that the (top variant of) Xpulse is already fuel injected, it may not lose a lot. For reference, the current Xpulse BS4 churns 18.4 PS of peak power at 8000 rpm and 17.1 Nm of max torque at 6500 rpm. The carburetted Xpulse, will in all probability, not be updated to the new emission norms (and will get axed!). The new Xpulse BS6 will hit the showrooms anytime soon.