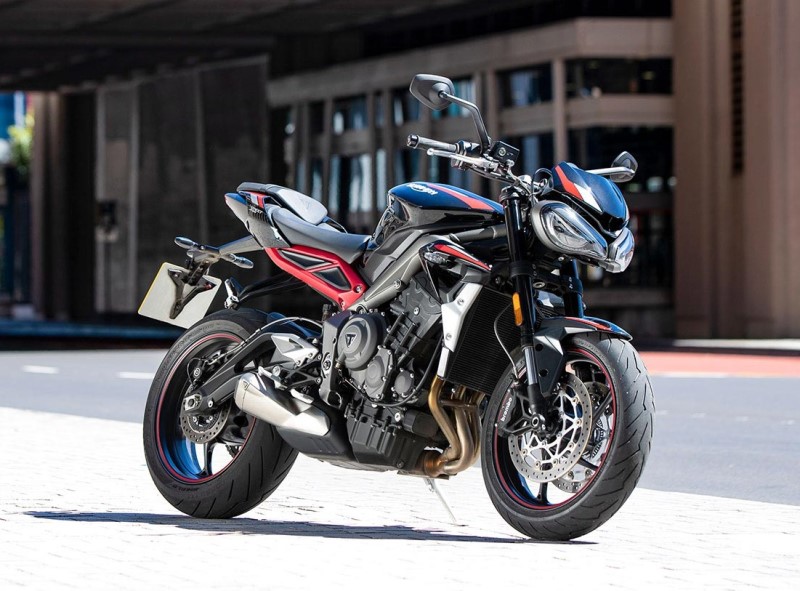 The 2020 Street Triple R can be booked at a token amount of Rs. 1 lakh at any Triumph showroom near you. It replaces the ‘S’ variant…

The motorcycle shares its in-line three-cylinder, 765 cc engine with its sibling RS, but in a slightly detuned state. The Street Triple R produces a maximum power output of 116 bhp at 12,000 rpm, as against 121 bhp produced by the RS at 11,750 rpm. However, the torque figures remain unchanged at 79 Nm at 9,350 rpm.

In terms of features, the motorcycle is equipped with a part-digital part-analog instrument cluster, Brembo M4.32 four-piston Monobloc calipers along with 310 mm twin discs. It gets three ride modes – road, rain, and sport, along with ride-by-wire.

Other features like traction control, quick-shifter, Showa suspension are also included as a part of the package.

The new motorcycle is priced at Rs. 8.84 lakh (ex-showroom, Delhi), which means that it is positioned below the top-spec Triumph Street Triple RS.

The new Triple R is offered in two colors – Sapphire Black and Matt Silver Ice. It is pitted against the likes of the Kawasaki Z900 and the upcoming KTM 790 Duke BS6.