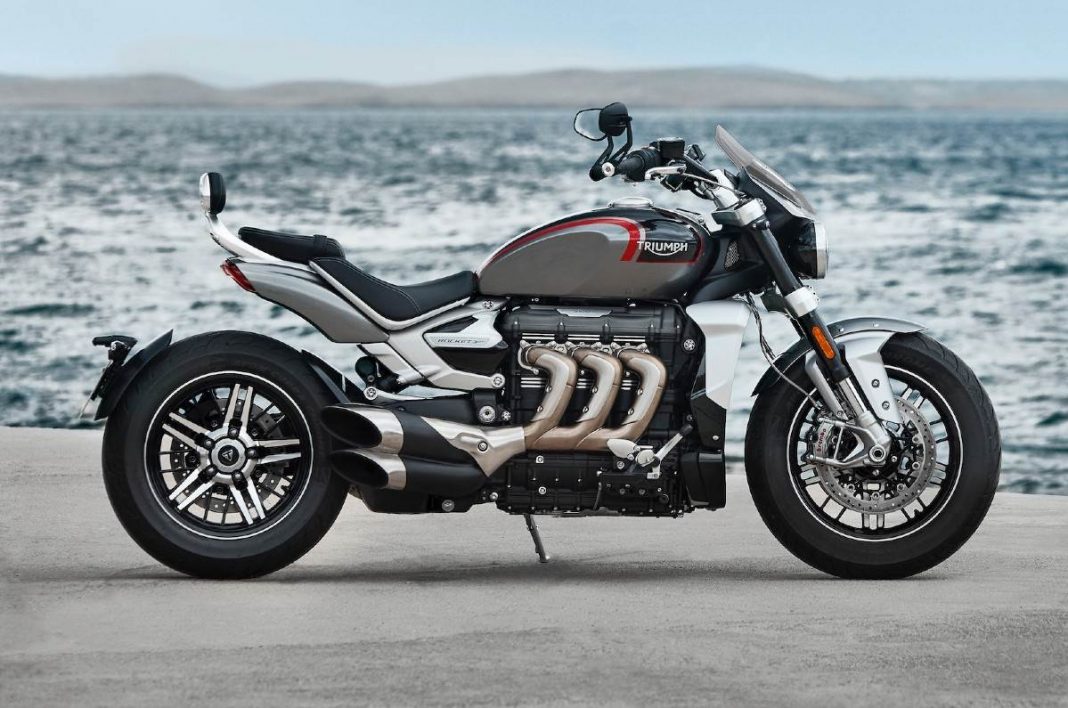 The Rocket 3 GT will be Triumph’s flagship offering in India and could be priced close to Rs. 20 lakhs!

The largest UK-based motorcycle manufacturer, Triumph Motorcycles, has announced the launch of its flagship motorcycle in India – the Triumph Rocket 3 GT.

The company has shot in a media invite revealing that the 2020 version of the motorcycle will be coming to our shores on September 10, which is just a few days away!

The tall cruiser will be positioned above the roadster version, Rocket R, which was launched at Rs. 18 Lakhs. The GT version of the motorcycle is expected to command around a premium of around Rs 1 lakh over the R variant.

The new Rocket GT will be imported to India as completely built units (CBUs), and we expect the deliveries to commence by the end of this month.

The Rocket, which is one of the fastest cruisers in the world, sports a massive 2458 cc inline three-cylinder engine which is coupled with a six-speed transmission system. It produces 165 hp of peak power at 6,000 rpm and whopping 221 Nm of max torque at 4,000 rpm.