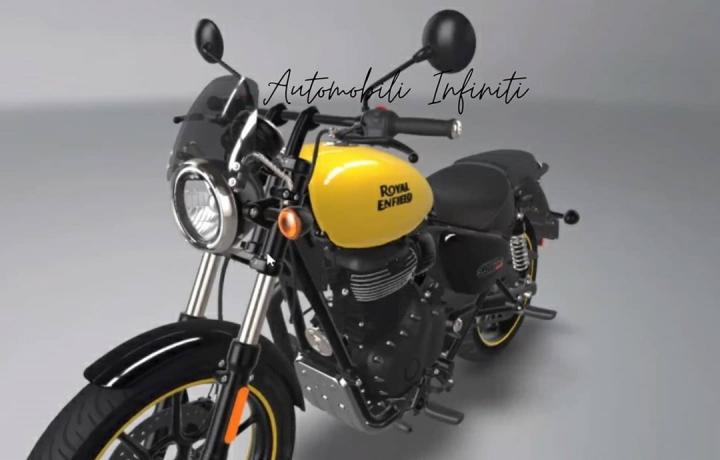 New RE Meteor 350 pics reveal a new name and what possibly could be pricing hints of the motorcycle, from its configurator!

Royal Enfield is absolutely ready with its next motorcycle which was under tests for the last many months. In a latest update, it has been leaked from what looks like its online motorcycle configurater which will go live on the official website shortly after it is announced.

The new model will be called as ‘Meteor 350 Fireball‘. And it will be available in at least yellow and red color options. Meteor name is not new as Royal Enfield used to sell motorcycle(s) under this sub-brand in the 1950s.

That 350 tag confirms that the model will continue to be available in similar capacity as the current engine. However, we still do not have its power and torque numbers or other specs. But we are hoping it is a relatively modern engine with Overhead camshafts (a deviation from pushrods).

Another bit that gets revealed is that price tag of Rs 1,68,550. But if you look at it closely, it may include a few accessories as that tinted flyscreen (which is listed at Rs 1750). Do also note that these may be dummy numbers for the testers to perform testing on the website. But they are very close to the expectations (of roughly around Rs 1.65-1.70 Lakhs ex-showroom).