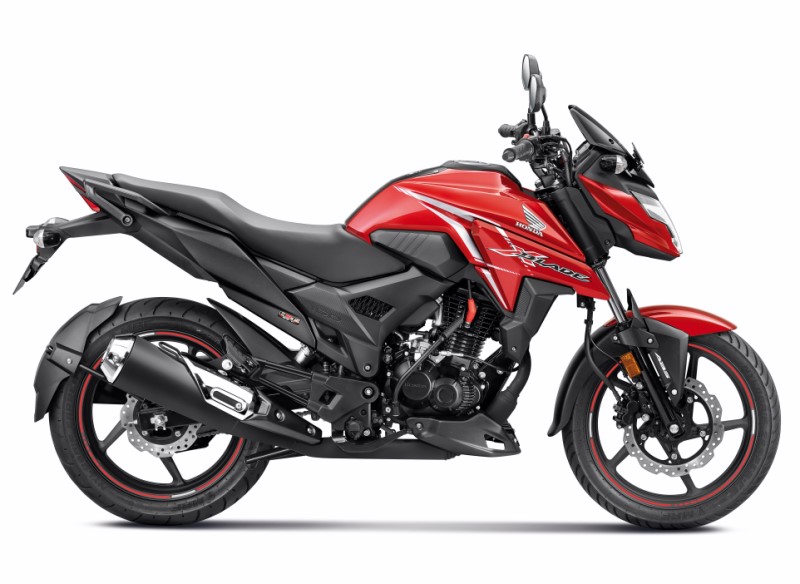 XBlade BS6 price hike appears to be very significant 18-20 percent. Honda has shared a half-baked press release. Once we get more details we will update…

After launching three BS6 vehicles in June, it looks like Honda will retain its momentum in July as well. In a latest update, it has launched the BS6 version of its premium 160 cc motorcycle – the X-Blade. Along the way, it has added quite a few features to make it an attractive proposition.

The 2020 X-Blade continues with what looks like the same 160 cc engine but it gets updated to meet BS6 compliance along with PGM fuel injection system on board. The fuel injection system comes with eight onboard sensors to constantly inject optimum air-fuel mixture for greater performance and superior efficiency. Honda claims that the new motor produces segment-best torque figures, but we do NOT have the numbers since the company believes that they are not important (and hence not mentionable in press releases!).

Among new features, the Xblade BS6 gets an engine stop switch for convenience during brief stops, updated graphics, and petal disc brakes at both front and rear end. The motorcycle also comes with a single-channel ABS, as well.

The bike also gets a counterweight balancer that helps in reducing vibrations. Apart from that, the digital instrument cluster is loaded with features like a gear-position indicator, digital clock, service due indicator, etc. Not only that, the bike now also comes with a hazard switch (that flashes all four indicator lights together).

The bike will be available in two variants – single-disc and double-disc. The single-disc variant is priced at ₹1,05,325 ex-showroom, Noida. Why ex-showroom Noida and not Delhi? Because Honda hasn’t mentioned that in its press release. Why no price of the dual disc variant? Because Honda, for some reason, hasn’t talked about it in its press release!

And that appears to be a remarkable price hike of around 18-20 percent!

We will try and share the missing details as soon as we can get hold of them.