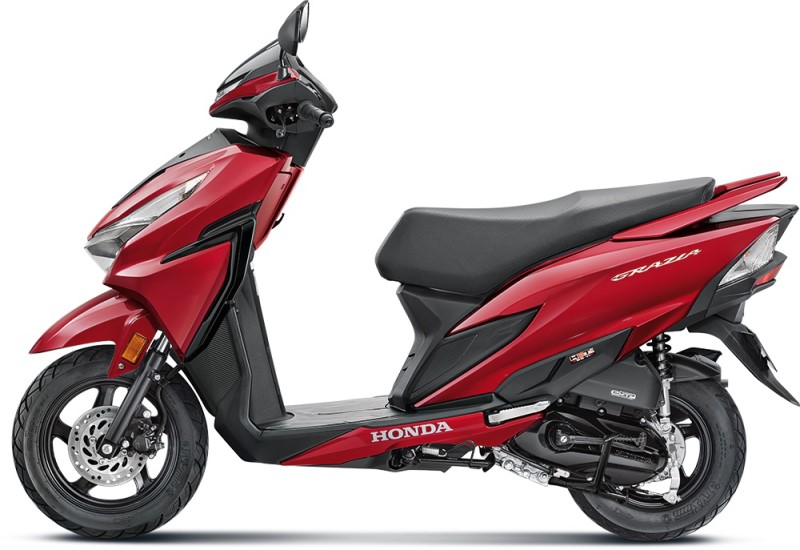 Grazia BS6 specs, updated at the official website, reveal the power & torque figures. Honda did not talk about them in the fairly long press release it shared earlier in the day…

After teasing it on its social media pages, Honda has finally launched the updated BS6 version of the popular scooter – Grazia. You can read about its launch here. However, despite announcing its introduction in the market, Honda, for some reason, did not specify the scooter’s specifications in the press release it shared earlier.

But the company has now updated its website with all the information, including the power figures and other specs. The BS6 fan-cooled 124cc engine on the scooter now produces 8.25 PS of peak power at 6000 rpm, and 10.3 Nm maximum torque at 5000 rpm. This means that it has lost about 0.39 PS of power (but it now peaks 500 rpm earlier) and 0.24 Nm of torque in this BS4 to BS6 transition.

The scooter comes with a 5.3 Liter fuel tank under its seat and weighs 108 kilos (1 kg more than before). Honda has increased the ground clearance to 171 mm and it comes with a 5 Ah battery. It has a seat length of 708 mm and a wheelbase of 1260 mm.

It continues with a tyre combination of 12 inch and 10 inch at the front and rear respectively (both tubeless).

Grazia joins the Activa 125 in Honda’s arsenal to jointly fight out in the 125cc scooter space which is led by Suzuki Access.