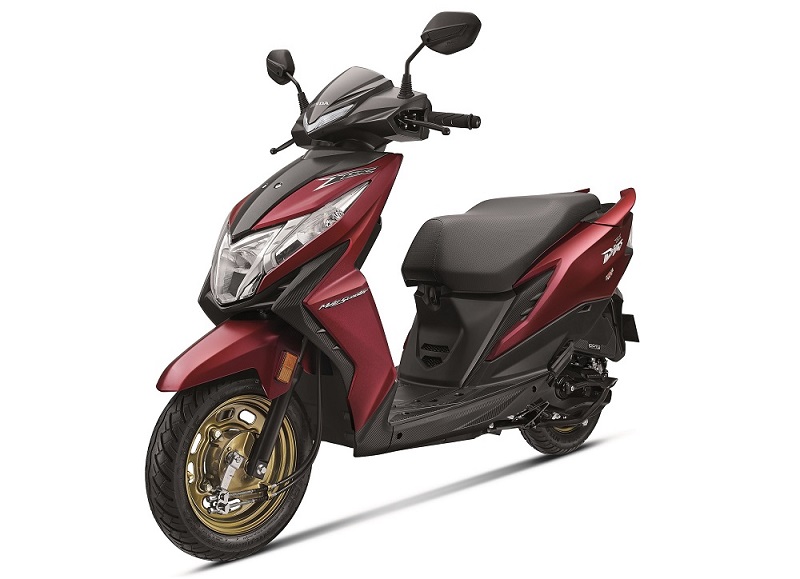 2020 Dio BS6 price is between 11 to 13 percent higher than the older BS4 variant. It packs in many new features and changes…

After teasing it multiple times, Honda officially launched its 2020 Dio in India in February which, apart from a Bharat Stage 6 compliant engine, gets many changes. The engine, itself, is new and comes with fuel injection. Honda says the new Dio has 20 patent applications.

The 2020 Dio is equipped with features like silent starter, full digital instrument cluster and side stand indicator with engine cut-off. On the cosmetic front, it gets redesigned LED position lamps, new look, split grab rail and altered styling.

However, the biggest change is the introduction of telescopic shock absorbers at the front which comes after 18 years after the scooter was first introduced. Among other prominent features, it also gains 12 inch front tyre and external fuel lid (which can be opened from a single switch). Honda has also added new DC headlamp for consistent illumination.

The motoscooter continues to be sold in two variants – Deluxe and Standard.

Update 9 May 2020: Prices have been increased within three months. Here is the table..

As compared to the BS4 variants, the new Dio carries a premium of Rs 5659 6301 and Rs 7099 7651 respectively which means the effective price hike is roughly between 11 percent to 13 percent.