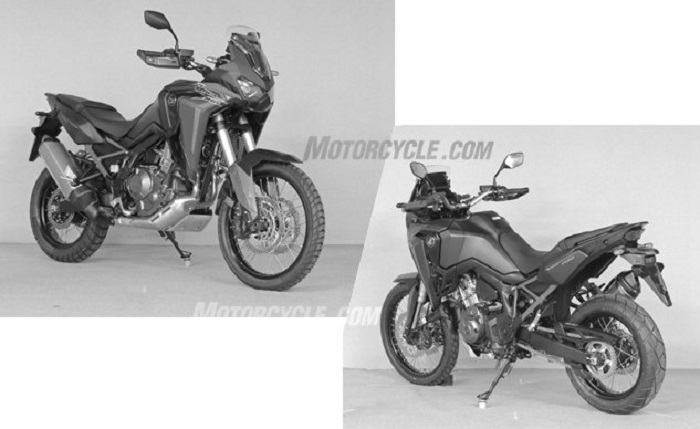 2020 Africa Twin engine will be bigger than the current model; it will produce higher power output and torque. Pics also revealed…

Honda is going to launch the 2020 Africa Twin with a more powerful engine. According to a report at Motorcycle.com, latest vehicle certification filings published in Australia suggest that the adventure tourer will be called as Honda CRF 1100 L Africa Twin owing to its larger capacity motor.

2020 Honda Africa Twin will come with a bigger 1084cc parallel-twin engine with fuel injection system along with the choice of manual and dual clutch transmission (MCT/DCT). It will continue to be offered in both standard as well as Adventure Sports versions. The engine will now produce higher 101 bhp @ 7500 rpm instead of 87.7 bhp of the current version. Peak torque is touted to get increased to 107 Nm @ 6000 rpm, whereas the current 999 cc engine churns 93.1 Nm.

The ADV will continue with cross-spoke wheels with tubeless tyres and dual disc brakes at the front and a single disc at the rear.

Along with the engine specs, low resolution pics also reveal the design of the new Africa Twin. The dual headlight is now extended from corners lending it an aggressive look. The bike is redesigned to look more compact with integrated headlight towards fairing, smaller air intakes on either sides and smaller windshield as compared to the 2019 model.

There is nothing besides the teaser video launched by Honda in July for this bike. We expect it to be officially unveiled/launched at EICMA later this year.