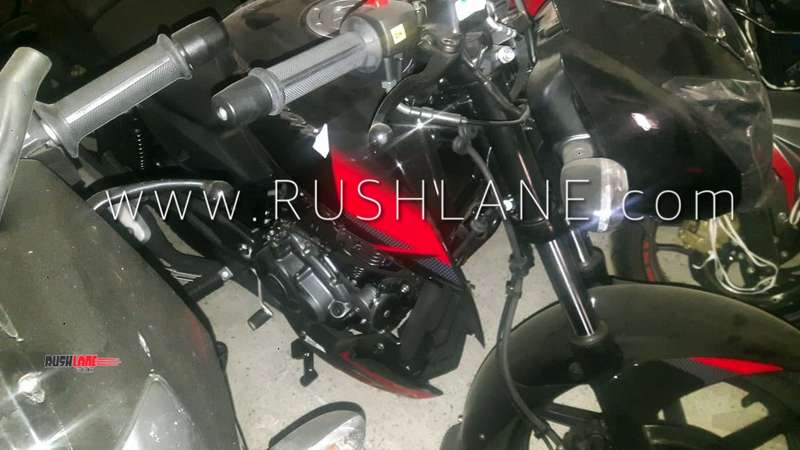 Pulsar 180, the intermediate Pulsar in the range, will also get the safety net of ABS as has been busted by the latest spotting. Rushlane has shared the first ever spy pics of the Pulsar 180 ABS from what looks like a dealership stockyard.

This also confirms that Bajaj has planned to take all the existing Pulsars forward, ahead of this March 31st 2019 deadline which mandates Anti-Lock Braking System (ABS) on all motorcycles over 125 cc.

The Pulsar 180 ABS gets the family changes like new decals and an underbelly cowl (with graphics). There could be one or two new colours on offer to freshen up the lineup. Although the rear disc brake also features an ABS ring, it will be a single-channel unit, like all the other Pulsars. The rear encoder ring is just for signal transmission. The source also claims that the motorcycle features RLP which stands for self-explanatory Rear Lift-off Protection.

Since Bajaj has already started dispatching the models to dealerships, expect an official announcement of its launch anytime soon. We hope to hear from Bajaj sometime this month itself.