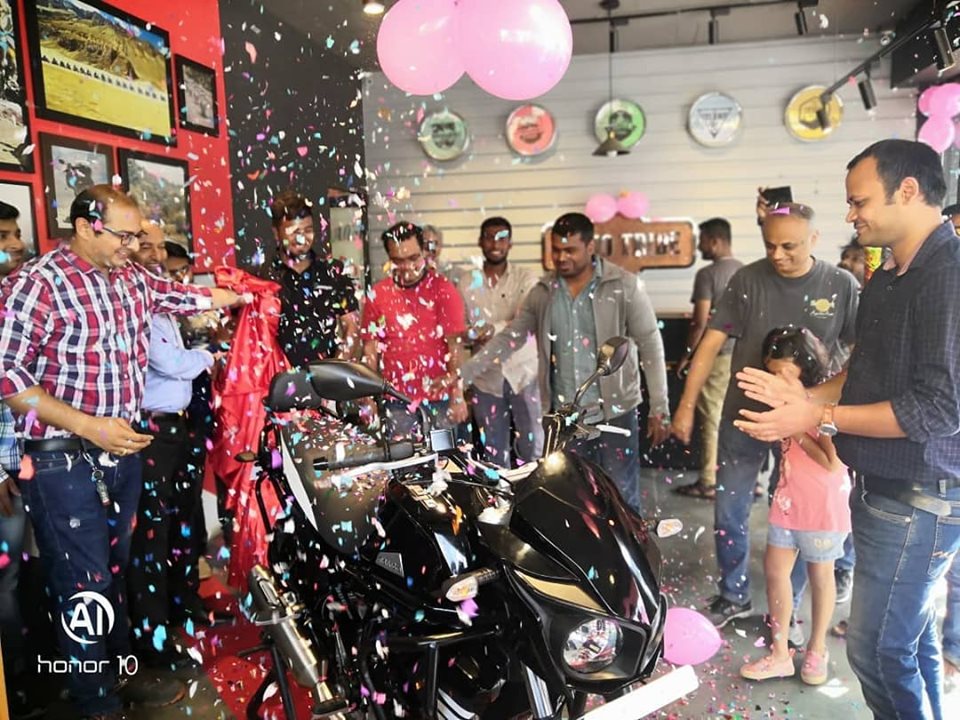 2019 Mojo deliveries have commenced at some dealerships in India. Apart from the much-needed ABS, the tourer has also got many other changes…

Mahindra is keeping the Mojo as an underdog this time, as it appears! Without creating a lot of hype, it just silently launched the 2019 Mojo which gets the mandatory dual channel ABS. This makes the tourer eligible for sale in India (it was not on sale since April 2019 when the ABS ruling kicked in).

Now, the official Facebook page has shared some pics which confirm that deliveries of the new Mojo have commenced in India. According to the info shared, they have delivered five Mojo motorcycles in one day at Venture Motors, Aluva. Apart from that, NAFS Motors, the Bangalore dealership has also announced commencement of bookings of the motorcycle.

This could be considered Mojo’s second innings in India and it feels that Mahindra will keep project Mojo as a low cost business model for now. The focus is on high-performing Jawa and probably the upcoming BSAs and Yezdis, it also makes a lot of business sense.

Nonetheless, Mojo is a brilliant long distance motorcycle and with this update, we believe Mahindra would have ironed out whatever niggles were present in it to make it an even better alternate against the more popular models in and around this price range.

Though there have been a few downgrades in the 2019 Mojo ABS but Mahindra has tried to strike a balance between price increment with respect to its features and only time will tell if this will be enough.

New Mojo is available only in single tone colours of Black and Blue and both the shades are available at dealerships. Also in the list of simplification process is the price – Mahindra now has a single price of Mojo across India. You can read its specs sheet here.